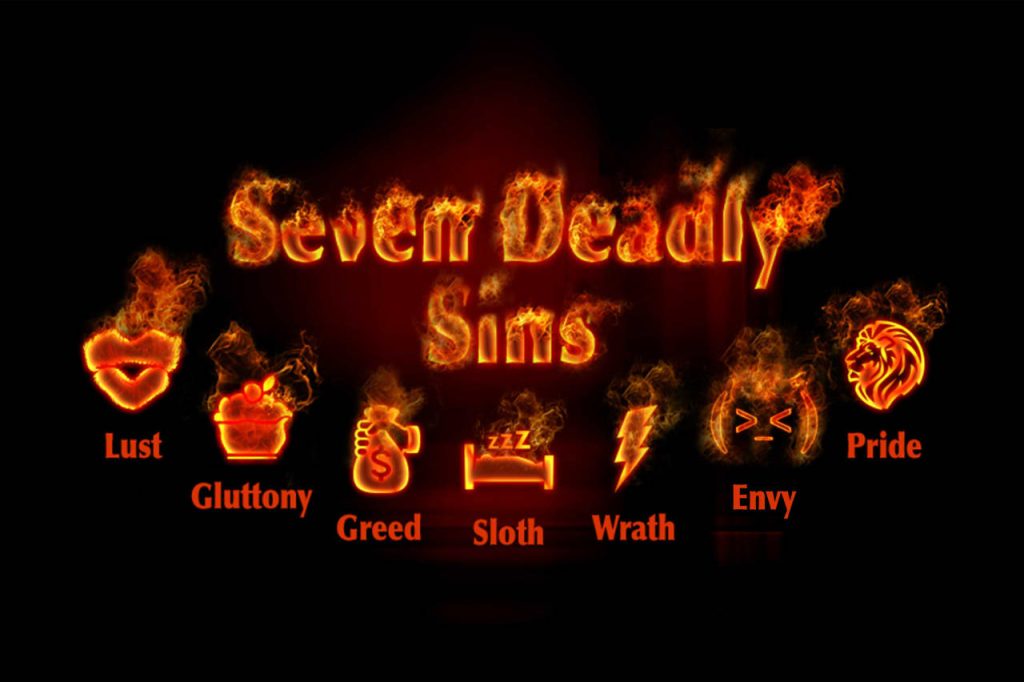 The Origins of ‘The Seven Deadly Sins’

Evagrius wasn’t writing for a general audience. As an ascetic monk in the Eastern Christian church, he was writing to other monks about how these eight thoughts could interfere with their spiritual practice. Evagrius’ student, John Cassian, brought these ideas to the Western church, where they were translated from Greek to Latin. In the sixth century, St. Gregory the Great—who would become Pope Gregory I—rearranged them in his commentary on the Book of Job, removing “sloth” and adding “envy.” Instead of giving “pride” its own place on the list, he described it as the ruler of the other seven vices, which became known as the seven deadly sins.

Fast forward to the 13th century, when theologian Thomas Aquinas again revisited the list in Summa Theologica (“Summary of Theology”). In his list, he brought back “sloth” and eliminated “sadness.” Like Gregory, Aquinas described “pride” as the overarching ruler of the seven sins. The Catechism of the Catholic Church’s current capital sins are basically the same as Aquinas’, except that “pride” replaces “vainglory.”

The seven deadly sins were a popular motif in medieval art and literature, and this likely helped them persist as a concept through the centuries, eventually entering film and television. The movies Se7en (1995) and Shazam (2019) both deal with the seven deadly sins. Even on Gilligan’s Island, the American sitcom that aired from 1964-1967, each character was supposed to represent a different deadly sin, according to the show’s creator (Gilligan was “sloth”). Here, we take a look at the list that has fascinated people for so long.

Lists of the seven sins often use vainglory and pride interchangeably. But technically, they’re not the same thing. Vainglory is kind of like that vice that makes us check our ‘like’ counts on social media – in essence, where we seek human acclaim. In contrast, pride is a sin where essentially someone takes spiritual credit for what they’ve done, instead of ascribing those good deeds to God.

Gregory the Great wrote that avarice is not just a desire for wealth but for honors and high positions, so he was aware that things that we would consider as immaterial could also be the object of avarice. While some of the sins may vary between lists, avarice or greed shows up on all of them. 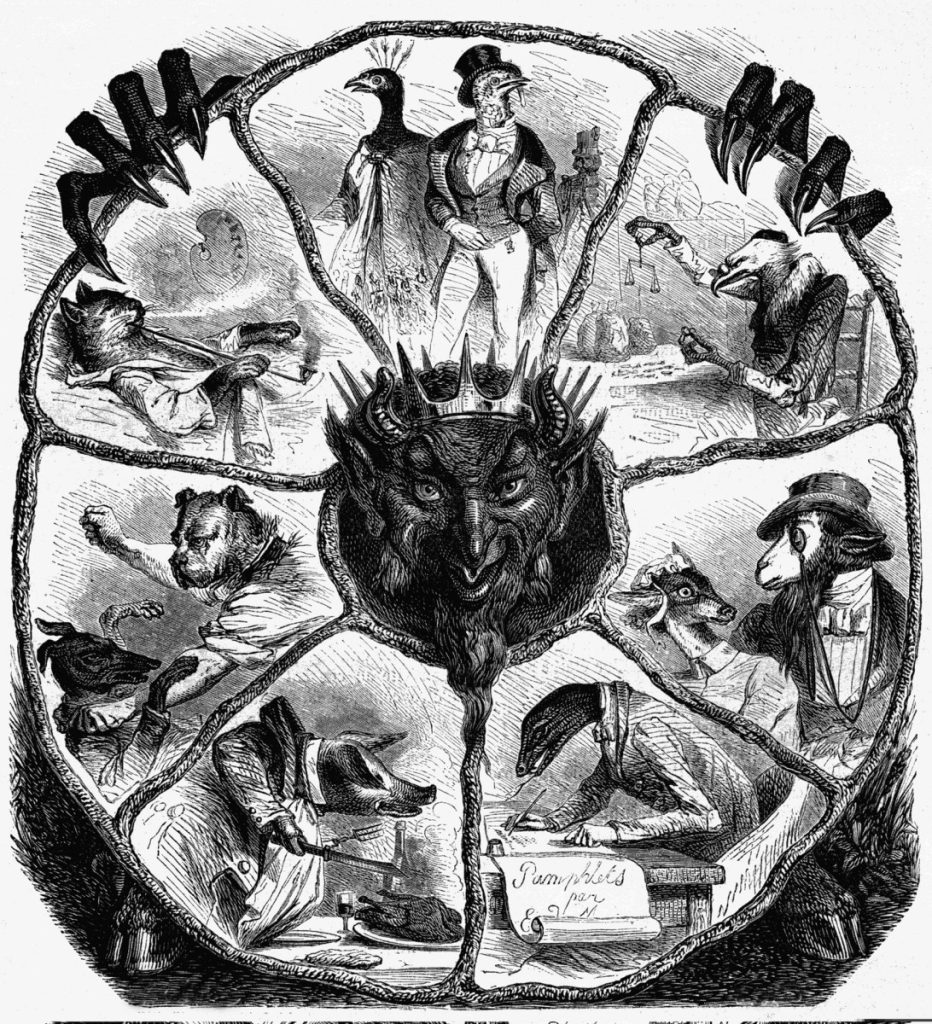 Evagrius doesn’t have envy in his list, but he did include sadness. Sadness is closely related to envy because envy concerns two things: One is joy at another’s misfortune and the other is sorrow at the fortune of someone else. Gregory articulated this when he added envy to his list of vices, writing that envy engendered “exultation at the misfortunes of a neighbour, and affliction at his prosperity.”

Anger can be a normal reaction to injustice, but wrath is something more. The Catechism says that “If anger reaches the point of a deliberate desire to kill or seriously wound a neighbor, it is gravely against charity; it is a mortal sin.” Medieval artists depicted wrath with scenes of people fighting as well as scenes of suicide. 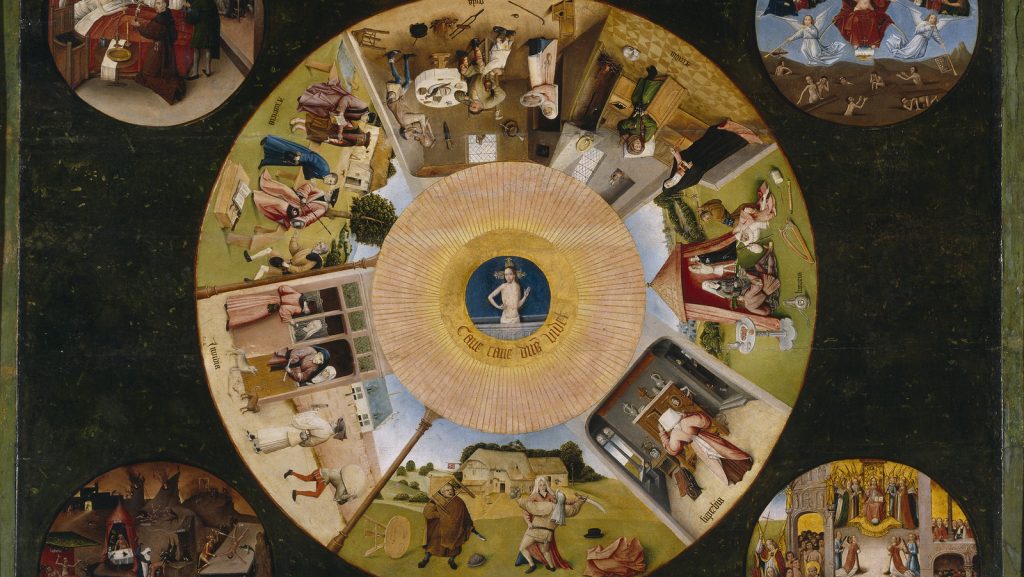 Early Christian theologians understood gluttony to include drinking too much alcohol and desiring too much fine food, in addition to overeating.

Sloth has come to mean “laziness” today, but for early Christian theologians, it meant “a lack of care for performing spiritual duties”. Although Gregory didn’t include sloth in his list of seven sins, he did mention it when talking about the sin of sadness or melancholy, writing that melancholy causes “slothfulness in fulfilling the commands.”

When Aquinas replaced sadness with sloth in his list of capital sins, he maintained a connecting between the two. “Sloth is a kind of sadness,” he wrote, “whereby a man becomes sluggish in spiritual exercises because they weary the body.”

What are your feelings on the seven deadly sins? Share them in the comments below.