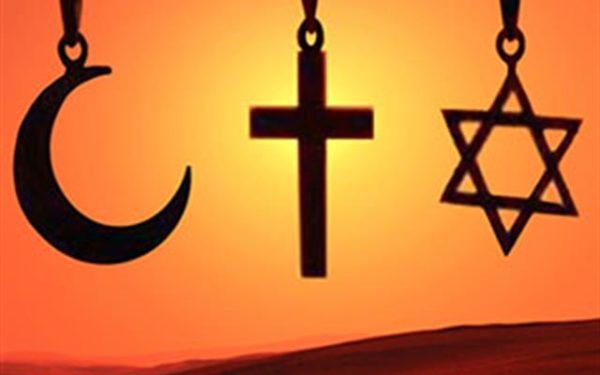 The Ambiguous Nature of the Abrahamic God

It is often assumed that the God of Islam is a fierce war-like deity, in contrast to the God of Christianity and Judaism, who is one of love and mercy. And yet, despite the manifest differences in how they practise their religions, Jews, Christians and Muslims all worship the same God.

The founder of Islam, Muhammad, saw himself as the last in a line of prophets that reached back through Jesus to Moses, beyond him to Abraham and as far back as Noah. According to the Quran, God (known as Allah) revealed to Muhammad:

Thus, since Muhammad inherited the Jewish and Christian understandings of God, it is not surprising that the God of Muhammad, Jesus and Moses has a similarly complex and ambivalent character – a blend of benevolence and compassion, combined with wrath and anger. If you were obedient to his commands, he could be all sweetness and light. But you didn’t want to get on his wrong side.

To those who turned to him in repentance, this God was (above all else) merciful and all-forgiving. But those who failed to find the path or, having found it failed to follow it, would know his judgment and wrath.

For Jews, God was fully revealed in the Torah (the first five books of the Old Testament). The God of the Old Testament was both good and evil. He went way beyond the good when he told Abraham to offer his son to God as a burnt sacrifice. He was a warrior God who murdered the firstborn of Egypt and drowned the army of Pharaoh. He approved Elijah’s slaughter of the 450 prophets of the ancient Canaanite God Baal.

Yet he was also a compassionate and loving God, one who in the well-known words of Psalm 23 in the Book of Psalms was a shepherd whose goodness and mercy supported his followers all the days of their lives. He loved Israel like a father loves his son.

The God of Jesus in the four Gospels in the New Testament had a similarly ambiguous character. On the one hand, Jesus spoke of a personal God, referring to him as “Father” in the prayer that he gave to his disciples. Yet, behind this God of tenderness and love, there remained a ruthless God of justice.

Like the prophets of the Old Testament, Jesus preached doom and gloom. He was offering Israel its last chance and God would be merciless to those who failed to heed his message. God would come in judgment at the end of history. All would then be resurrected. The fortunate few would receive eternal happiness, but the wicked majority would be cast into the eternal fires of hell.

So too, with the God of Muhammad. At the end of the world, God would act as a God of justice. All the dead would be resurrected to receive God’s judgment. God would then reward or punish each person in the gardens of paradise or the fires of hell according to their deeds. Each would be presented with a record of his deeds – in the right hand for those to be saved, in the left for those to be damned to the fires of hell.

For those who were saved, the delights of paradise awaited. Those who died in the cause of Allah, however, did not need to wait for the Last Judgment. They would go straight to heaven. 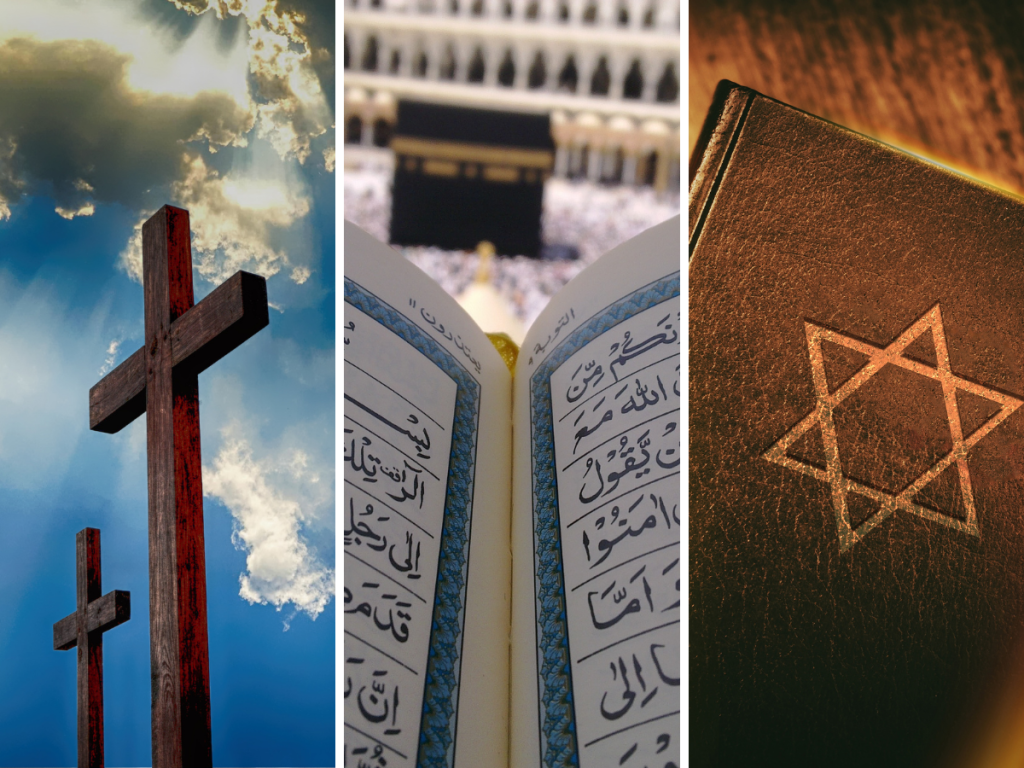 The key to salvation was above all surrender (“Islam” in Arabic) to God, obedience to his commands as revealed in the Quran and allegiance to his messenger Muhammad. Like the God of Moses, Allah was a lawmaker. The Quran provided (often varied) guidance to the believing community in matters of marriage and family law, women, inheritance, food and drink, worship and purity, warfare, punishments for adultery and false accusations of adultery, alcohol and theft. In short, it provided the foundation of what was later to be much elaborated in sharia law.

Muslims, Christians and Jews do all worship the same complex God. Yet, in spite of this, all believe that their religion contains the full and final revelation of the same God. Here is the origin of their unity. Here also lies the cause of their division.

For this belief in the truth of one religion and the falsity of the others leads to inevitable conflict between the believer and the unbeliever, the chosen and the rejected, the saved and the damned. Here lie the seeds of intolerance and violence.

So the God of Muhammad, like the God of Jesus and Moses, divides as much as he unites, a cause of strife both between and within these religions.

1 thought on “The Ambiguous Nature of the Abrahamic God”