Fact Vs Faith: Can Science and Religion Co-Exist?

The debate about science and religion is usually viewed as a competition between worldviews. Differing opinions on whether the two subjects can comfortably co-exist – even among scientists – are pitted against each other in a battle for supremacy.

For some, like the late paleontologist Stephen Jay Gould, science and religion represent two separate areas of inquiry, asking and answering different questions without overlap. Others, such as the biologist Richard Dawkins – and perhaps the majority of the public – see the two as fundamentally opposed belief systems.

But another way to look at the subject is to consider why people believe what they do. When we do this, we discover that the supposed conflict between science and religion is nowhere near as clear-cut as some might assume.

Our beliefs are subject to a range of often hidden influences. Take the belief that science and religion have been in fundamental conflict since humans developed the capacity to think scientifically. This position only became well-known in the late 19th century, when science was characterized by amateurism, aristocratic patronage, minuscule government support and limited employment opportunities. The “conflict thesis” arose in part from the desire to create a separate professional sphere of science, independent of the clerical elites who controlled universities and schools.

At the same time, factors that we might assume influence our beliefs may not really be as important. For example, there’s a tendency to believe that people’s religious belief decreases as they are exposed to more scientific knowledge. In 1913, psychologist James Leuba concluded that the relatively low levels of belief among professional scientists was because scientific awareness made religious faith harder to maintain. But the relationship between scientific knowledge and belief is far from clear. 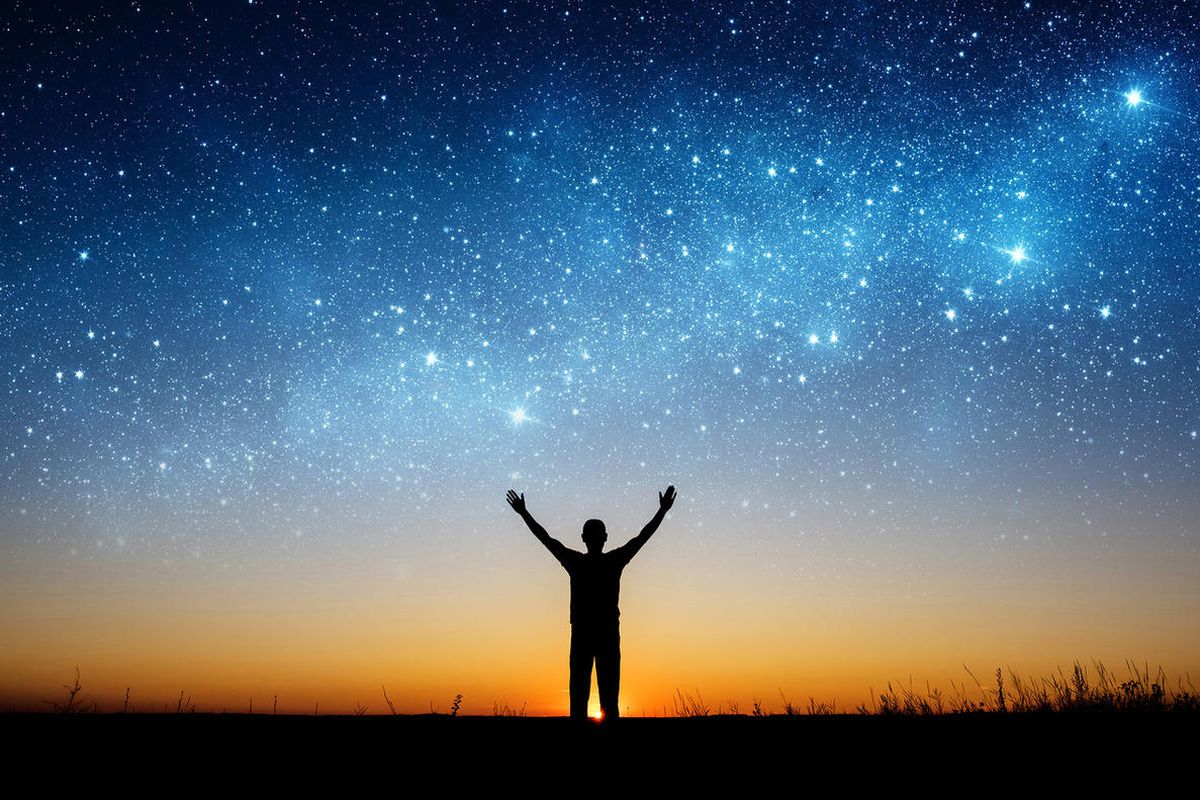 A broad range of psychological and social research has shown that students who reject evolution for religious reasons do not necessarily know less about it. And, where conflict does exist today, survey evidence shows that it is highly selective. In the US, for example, opposition to scientific claims usually emerges over issues where religious groups have been active in moral debate, such as stem cell research.

It may be that conflict between religion and science has as much to do with culture, family ties, moral positions and political loyalties as it has to do with claims about truth. This even applies to the beliefs of scientists. Studies of scientists’ views of religion have found that, while they are an exceptionally secular group, most don’t perceive an inherent conflict between science and religion.

There are a number of possible reasons for this finding, but it is of interest that some social patterns associated with gender, ethnicity and religion that are found in the wider public are not found among scientists. For example, ethnic minorities among the general population in America and Europe are more likely to be religious. But among scientists, having recent immigrant status significantly decreases the likelihood of regular religious attendance. Being institutionalized as a scientist, it seems, makes other facets of personal identity, including religious identity, less significant.

Much of the confusion around what people believe about science and religion relates to evolution and those who deny it. Most of the research into acceptance of evolution has focused on the US, where creationist religious groups are relatively strong and large segments of the public are skeptical of established scientific claims about the subject. But even there, beliefs about evolution don’t fall into simple, coherent categories.

It is often claimed, that four out of ten US citizens “believe in creationism”. The problem with this claim is that it tends to imply all people have clear and internally coherent views on the subject.

Recent research found that many Americans do not think it important if they are correct on things such as the date of creation or the means by which God created humans. In fact, only 63% of creationists believe correct belief about human origins to be “very” or “extremely” important. And only a minority from this group agree with all aspects of the position of organized creationist groups, such as the belief that the world was literally created in six days or that humans were created within the past 10,000 years.

In the UK, the picture is even less clear. One 2006 poll conducted by the BBC, for example, asked respondents to say if they believed in atheistic evolution, creationism or intelligent design theory. No option was offered for those believing in God as well as accepting evolution. In this way, such surveys effectively “create creationists” in the way they frame their questions. 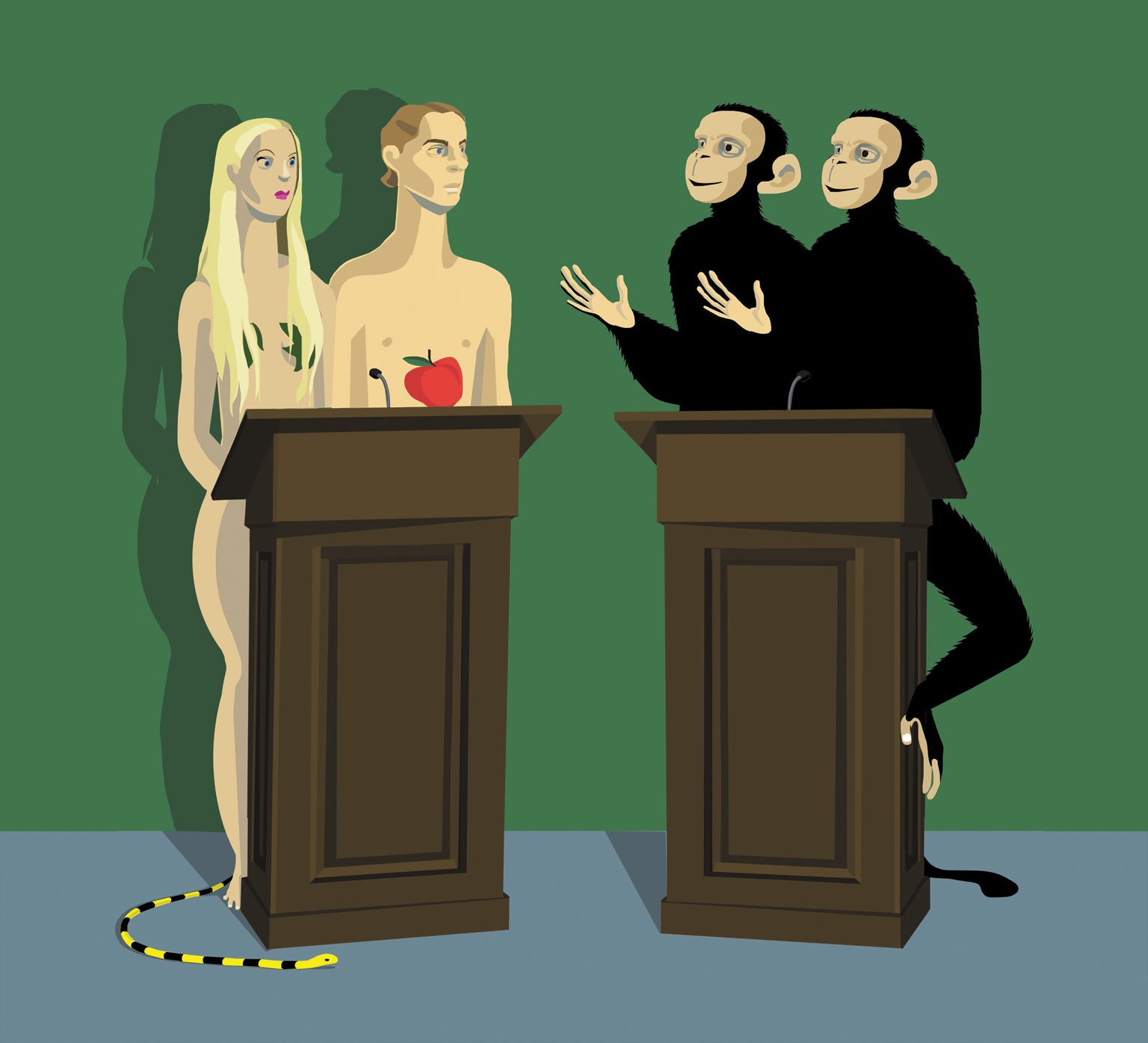 Ultimately, there is no simple way of understanding how people will respond to scientific findings. While some see evolution as explaining away religion, others see the same ideas as confirming religious belief.

But improving public understanding of science means engaging with people from all backgrounds – and this will surely be harder if we stereotype them because we don’t fully understand what they believe. If we cannot say anything about the social context of people’s doubts about established science, it will be difficult to address them.

For example, psychological research has shown that being exposed to stereotypes about Christians being “bad at science” actually causes academically able religious students to underperform. Such findings give good reason to treat this subject with greater care than we do currently.

Do you have any views on the matter? Can religion and science co-exist harmoniously? Be sure to share your thoughts in the comments below.

4 thoughts on “Fact Vs Faith: Can Science and Religion Co-Exist?”