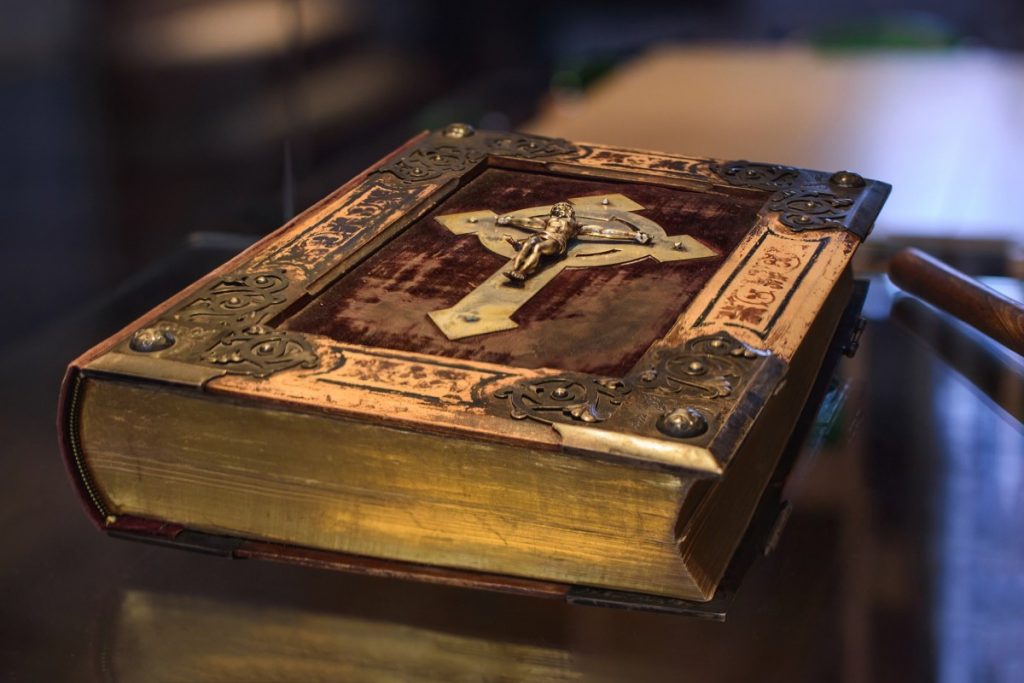 The Pagan Origins of Some Popular Christian Practices

By the fourth century, the Christian Church had established itself as the official faith of the Roman Empire through a successful grassroots campaign to dominate, and almost exterminate, paganism. But how successful was it?

The fact of the matter is that the early Church had to merge itself with pagan practices and beliefs in order to blend into Roman society. In the rites and symbols of the Roman Catholic Church, we can find surviving, though rebranded, pre-Christian myths, deities, festivals, and rituals. In this article, we’ll look at three Catholic practices that can be traced back to ancient pagan religions and cults.

One of the more fascinating elements of Catholicism is the ritual cannibalistic consumption of their “demigod” known as Holy Communion or Eucharist. During Catholic Mass, bread and wine are transformed into the flesh and blood of Jesus Christ, who is considered the son of God, in a rite called “transubstantiation.” This isn’t a symbolic transformation. A core teaching of the Catholic faith is the belief in literal transubstantiation. Practitioners eat the body and blood of Christ to become one with God.

Similar rituals were practiced in the underground “mystery religions” of the Greco-Roman world. In a few of those occult religions, celebrants shared a communal meal in which they symbolically feasted on the flesh and got drunk on the blood of their god. For example, Mithraism was a mystery cult practiced in the Roman Empire in 300 BC in which followers worshipped the Indo-Iranian deity Mithra, the god of friendship, contract, and order. Much like the later Catholic Eucharistic rite, the idea of transubstantiation was a characteristic of Mithraic sacraments that included cake and Haoma drink. But the ritual probably wasn’t original to Mithraism either. In Egypt around 3100 BC, priests would consecrate cakes which were to become the flesh of the god Osiris and eaten.

The survival of ancient communities was intimately dependent upon the fertility of the land, so their religious symbolism and festivals reflected this fundamental bond between humans and the cycles of nature. A number of Catholic holidays and myths parallel the timeline and adopt the symbols of pre-Christian fertility festivals. In Catholicism, Jesus Christ is thought to have been born on December 25, Christmas Day. In pre-Christian Roman religions, the Winter Solstice was a core sacred event that took place on December 25 at the time of the Julian calendar. The best-known custom was the Roman festival of Saturnalia, which was celebrated similarly to Christmas with drinking, fires, gift-giving, and tree worship.

Similarly, the Catholic Fat Tuesday, otherwise known as Mardi Gras, is rooted in the pre-Christian Roman celebration of Lupercalia. A February holiday honoring the Roman god of fertility, its customs involved feasting, drinking, and “carnal behavior.” Today, the same can be said of Mardi Gras, when Catholics (as well as non-Catholics) eat festival foods and party before abstaining for 40 days during Lent.

When it comes to Easter, celebrated on the first Sunday after the first full moon after the vernal equinox, the symbolic story of the death of a god and springtime rebirth is a tale as old as time. The spring equinox was recognized by various pagan cults as a festival marking the resurrection of light triumphing over darkness and the fresh fecundity of the land. One such festival was Eostre, which celebrated a northern goddess of the same name. Her symbol was the prolific hare representing fertility. 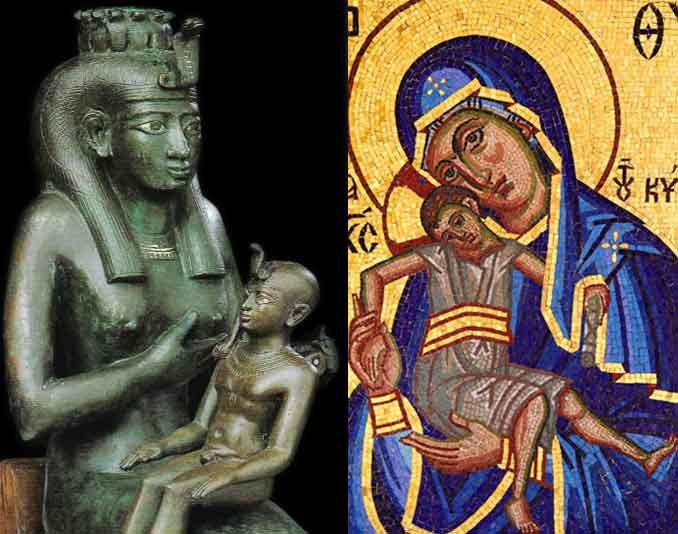 Though theoretically monotheistic, the Catholic practice of praying to saints has been called “de-facto idolatry” and even a relic of goddess worship. Rebranded pagan goddesses can be found in the Catholic Church today in forms of Saint Brigid and the Virgin Mary.

Mary, the Virgin Mother of Christ, is arguably the most important Catholic icon save for the Holy Trinity. She’s likely the amalgamation of pre-Christian mother goddesses from antiquity whose ranks include Artemis, Demeter, Diana, Hera, Isis, and Venus. The cult of the Egyptian goddess Isis may have had a particularly strong influence on Christian myth. While historical records can not substantiate this entirely, there is physical evidence of statues of Isis cradling Horus that were converted and reused as the Virgin Mary holding Jesus.

Brigid, the beloved Celtic goddess associated with fertility and healing, is perhaps the clearest example of the survival of an early goddess into Catholicism. Practitioners, particularly in Ireland, pay tribute to Saint Brigid of Ireland who shares many of the early goddess’s attributes. Her feast day on the first of February falls around the same time as the pagan celebration of Imbolc.

The appropriation of these pagan practices and symbols by the Catholic Church shows how, as social interests change and new institutions are established, religious myths and practices are not so easily exterminated. Today, millions of Catholics eating the body and blood of their god, bowing their heads to feminine idols and celebrating natural cycles on the Liturgical Calendar are still worshipping in the ways of the ancient pagans. Were you aware of any of the Pagan roots mentioned above? Share your comments below.