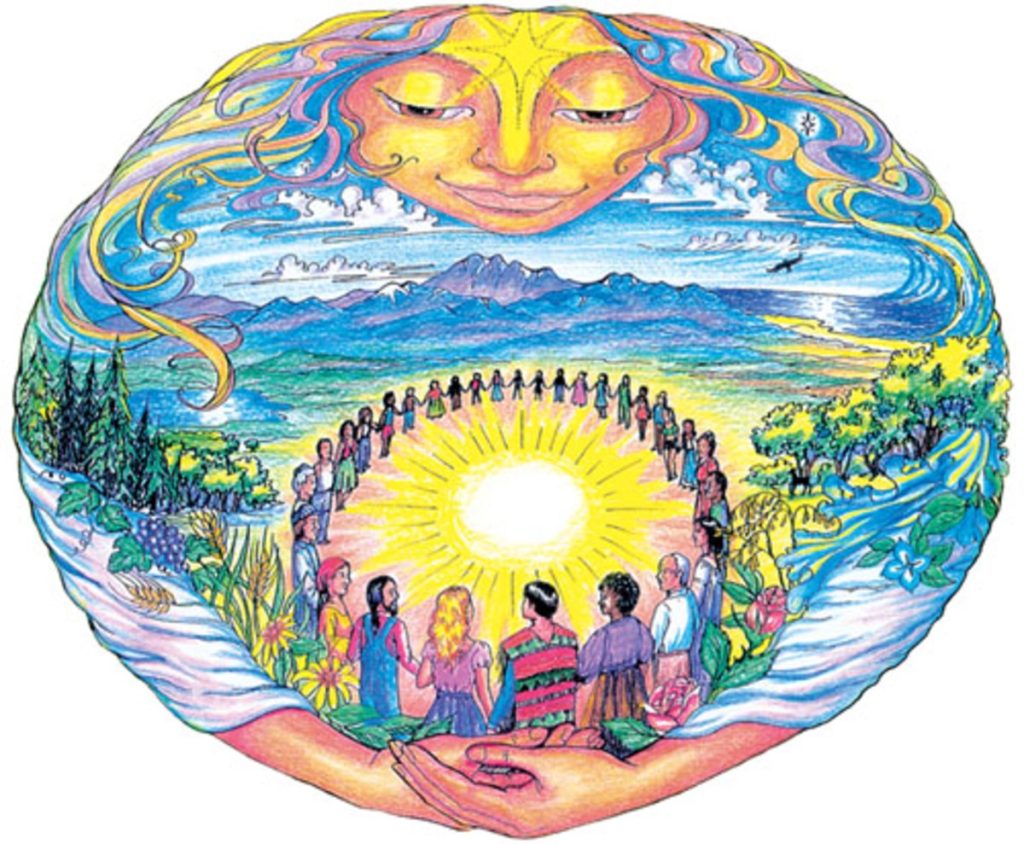 An Overview of the New Age Movement

Have you ever heard something like, “You have the power to change your own destiny”? Has anyone ever told you, “To find happiness, you just need to realize your true spiritual potential”? Do you practice yoga or see a chiropractor? Have you ever used essential oils to treat an ailment?

You may not realize it, but all these concepts and practices were popularized by the New Age Movement. In fact, New Age philosophies and ideas have woven their way into the cultural fabric of many societies.

So what exactly is the New Age Movement? What do New Age practitioners believe, and how have these beliefs been assimilated into other cultures?

New Age Movement in a Nutshell

The New Age Movement (NAM) is not in itself a religion. There is no centralized leadership or formal organization, and New Age practitioners (sometimes called New Agers) are not required to hold any particular creedal or doctrinal beliefs.

Rather, the NAM is comprised of groups and individuals who share a similar life philosophy or worldview. Generally focused on personal spiritual transformation, New Agers endeavour to usher into the world a new era of harmony and enlightenment.

In fact, the term “New Age” refers to an approaching era of love and light, which New Agers believe will come through transformation and healing on an individual level. 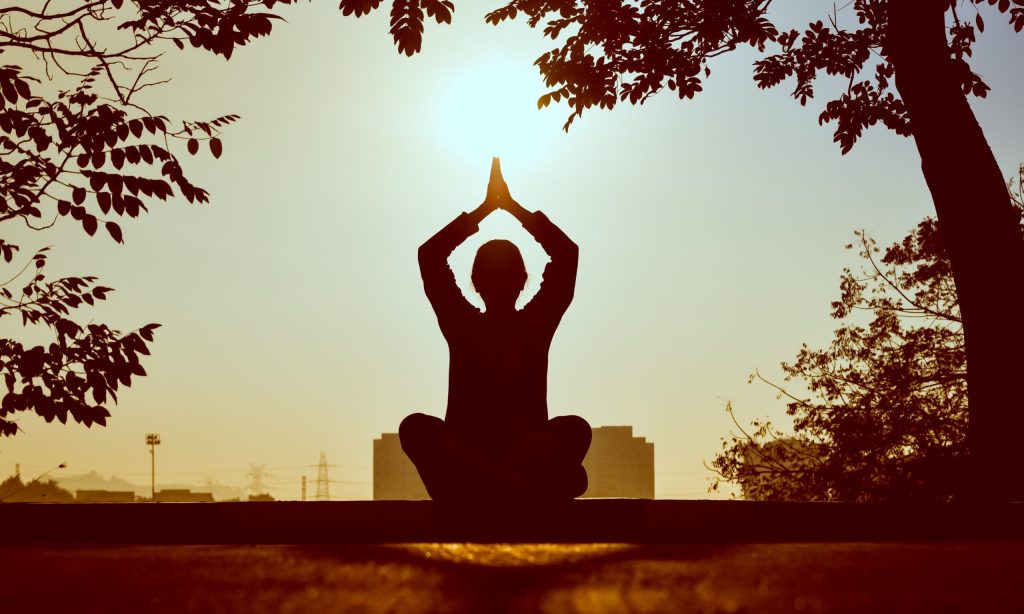 The Advent of the New Age Movement

Though the New Age Movement gained most prominence in the 1970s and 80s, its origins can be traced back much further than that. Because many New Age concepts are rooted in ancient Eastern religions (notably Hinduism), Gnosticism, and occultism, some historians date the beginnings of the New Age Movement to the second century CE. In more modern history, the NAM was directly influenced by the nineteenth-century metaphysical religions of New Thought, Spiritualism, Theosophy, and the Human Potential Movement.

The New Thought Movement, which almost immediately preceded the New Age Movement, affirmed the belief in the divinity of each individual. New Thought’s major contributions to New Age philosophy were the belief that the fundamental nature of the world is spiritual rather than physical, the concept that “thoughts are things,” and the idea that positive thinking has the power to change the world.

Theosophists introduced Asian religious concepts like karma and reincarnation to New Age thought. Specifically, Theosophy’s notion of a series of past lives that progressively lead toward an evolution of self-awareness became a major part of the New Age worldview, which envisions human development as just such a progressive evolution.

Finally, New Age groups embraced the Human Potential Movement’s belief that human potential has been limited by society. People must experience spiritual healing and growth in order to remedy this, develop their full potential, and live meaningful lives.

Unlike the many religious movements that extend through evangelism or institutional growth, the New Age Movement was primarily spread through New Age literature and media. New Age books and periodicals like Jane Roberts’s The Seth Material and Helen Schucman’s A Course in Miracles—both purportedly channelled texts—were published as trade paperbacks by mainstream publishers. In the 1980s Shirley MacLaine’s book and television program Out on a Limb spread ideas like reincarnation to a wider audience than ever before. This kind of media also made contemporary New Agers aware of a larger body of individuals who shared their beliefs.

Scholars estimate that today there could be anywhere between 20,000 and 6 million New Age adherents in America alone.8

New Agers are united in their rejection of traditional monotheism (belief in one all-powerful God). They instead embrace monism—the belief that everything is one—and pantheism—the belief that God is in everything. In fact, when it comes to god, New Agers believe that the self is the seat of the divine. That is, there is a god-aspect within each of us—a tiny sliver of god in every person.

Moreover, everyone has a responsibility to develop his or her own god-aspect. New Age groups encourage individual human evolution to increase awareness of this divine nature. This does not refer to biological evolution, but rather a spiritual evolution—a progressive awareness of the self as divine. This need for and the possibility of personal spiritual transformation is a foundational part of the NAM.

Other frequently held New Age beliefs include the idea that the spiritual realm is responsible for much of what we see and experience in the physical world, as well as the notion that the development of one’s own innate divinity will lead to global transformation and world harmony. Belief in reincarnation, the ability to access the spiritual realm, and spiritual explanations for physical suffering are also common. 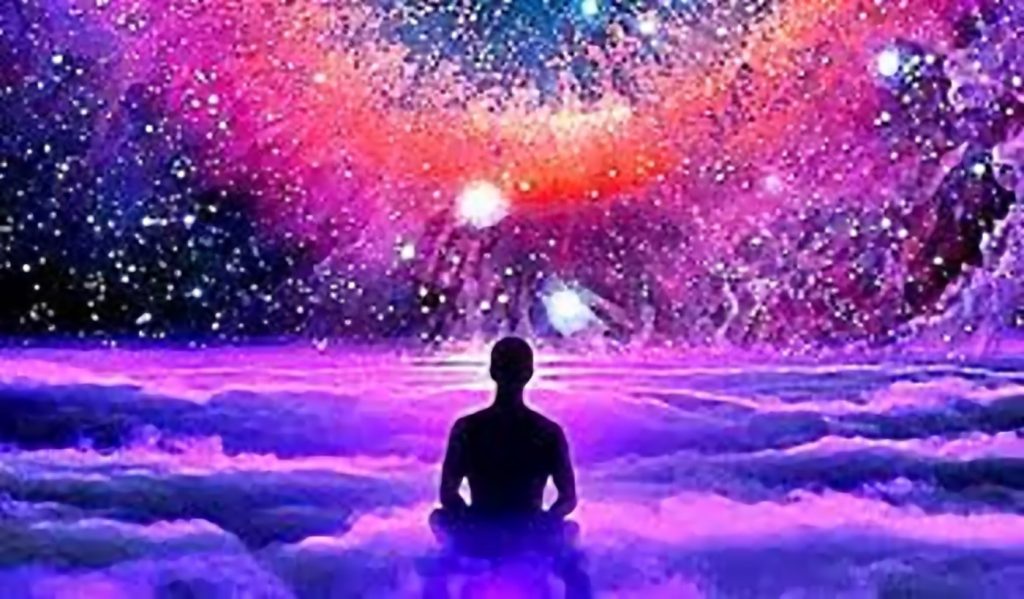 Since there is no formal organization and most religious rituals occur privately, New Age practices vary widely from individual to individual. However, New Age customs can be broken down into two categories: occult practices and humanistic practices.

Humanistic practices are those focused on self-sufficiency, self-improvement, and the development of the god-element within the self. Some examples are yoga, meditation strategies, studying New Age texts, creating a positive environment, and communing with nature.

Over the past few decades, some New Age ideas have been adopted by mainstream culture. While yoga and meditation are not exclusively New Age practices, their popularity and prevalence correlate with New Age influence.