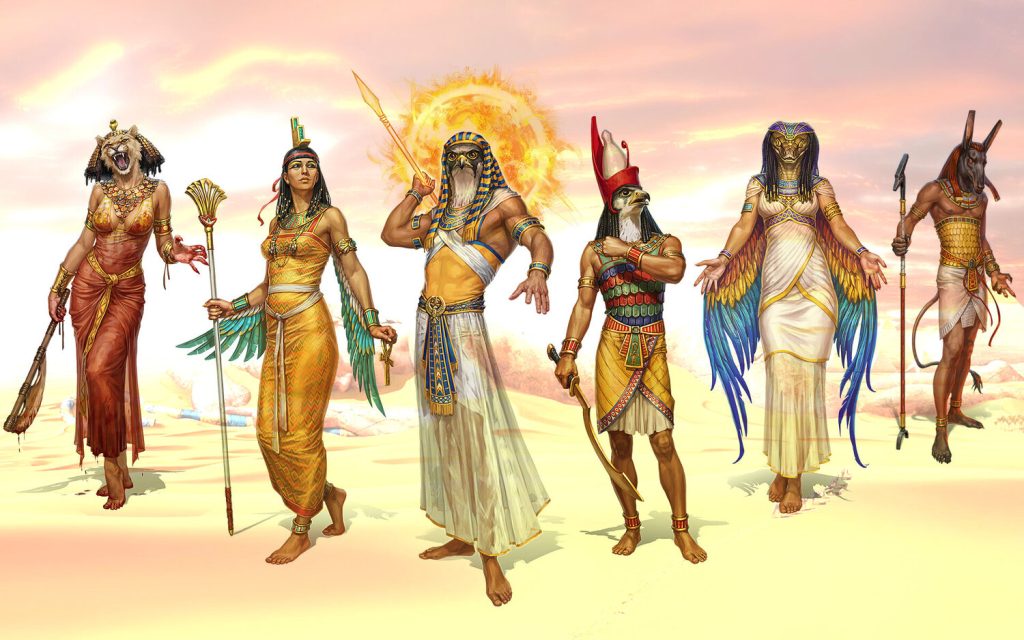 Ancient civilization in Egypt contains many facts, some of which are still a secret. This great land along the banks of the Nile has featured in both modern and ancient history. Around 3100 BC, after the political unification of Upper and Lower Egypt, the pharaoh was the supreme leader when it came to rituals and religion. Egyptian deities were considered to represent aspects of nature; the people revered them and did not want to anger them. So what forms did these deities take? Let’s take a look at the top 10 most worshiped gods of ancient Egypt:

As Zeus was to the Greeks, the Egyptian god Amun-Ra or Amon was considered the king of the gods and goddesses. He became Amun-Ra after being amalgamated with the sun god Ra. He was thought to be the father of the pharaohs, and his female counterpart, Amunet, was called the Female Hidden One. Forming the Theban Triad, Amun and Mut along with their son Khonsu, the moon god, were worshiped throughout ancient Egypt. Amun was not only worshiped in Egypt, but outside Egypt as well. 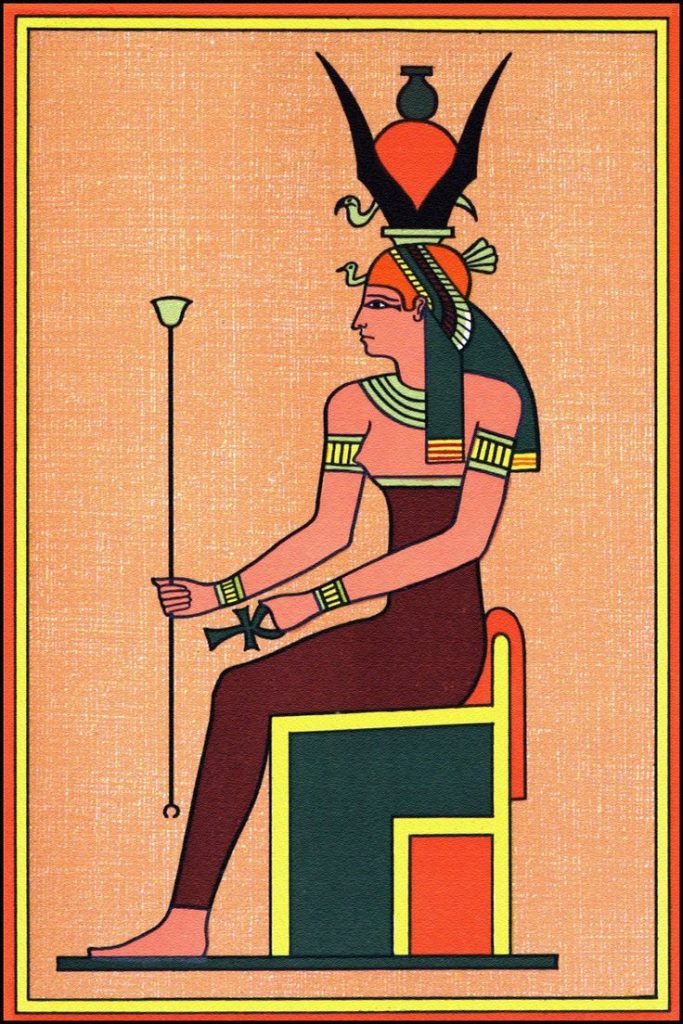 Mut means “mother” in Egyptian, and Mut is a primal deity who wears two crowns on her head, each representing Upper and Lower Egypt. Also titled “She who gives birth, but was herself not born of any,” Mut is represented as a vulture in hieroglyphs. She is variously integrated with other deities and is often portrayed as a cat, cobra, cow and even a lioness. The mother of Khonsu, Mut and her different associations was worshiped by numerous different pharaohs.

3. OSIRIS: The King of the Living

Considered the oldest child of the earth god Zeb and the sky goddess Nut, Osiris was worshiped as the god of the afterlife as the ancient Egyptians believed there was life after death. Often portrayed with green skin, Osiris was the god of vegetation which indicated renewal and growth and was thought to be responsible for the fertile flooding and vegetation around the banks of the Nile. Osiris married his own sister Isis and was murdered by his brother Seth. Despite being murdered by his own brother, Osiris was brought back to life by the magic of Isis to conceive a child. Horus is the son of Osiris and Isis who avenged his father’s death and arose as a new pharaoh of Egypt while Osiris became the god of the underworld and assisted in the afterlife of the pharaohs and the people.

Before Osiris took over, Anubis patrolled the underworld. Anubis was a “psycho-pomp,” or deity who assists in the afterlife, and was the offspring of Ra and Nephthys. He was known for mummifying the dead and guiding their souls toward the afterlife. His skin was black, symbolizing the dark Nile deposits which made the land so fertile. With the head of a jackal and the body of a man, Anubis also stood for renaissance and the staining of dead bodies after the embalming process.

5. RA: God of the Sun and Radiance

The midday sun, Ra or Re, is of great importance in Egyptian history. The god of the sun, Ra, has a sun disk around his head and is believed to have created this world. Every sunrise and sunset was seen as a process of renewal. Portrayed as a falcon-headed god, he and Horus shared an association which led him to be known as the Horus of the Horizon. Many ancient Egyptian gods were merged with Ra and many were created by him such as rival gods like Ptah, Isis, and Apep. 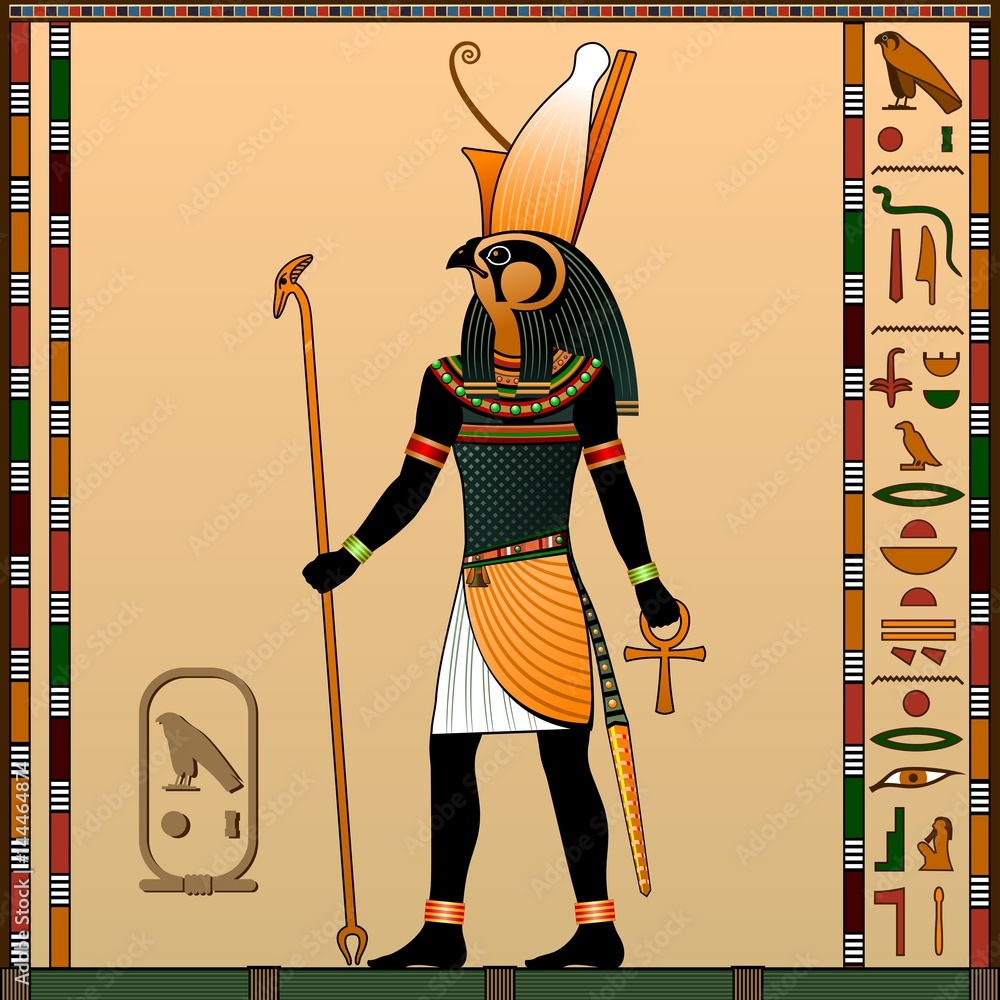 Horus had a special position in ancient Egypt. The child of Osiris and Isis, he avenged his father’s death and ruled Egypt. According to myth, he is also considered the child of Zeb and Nut, and this falcon-headed god with a crown of red and white was worshiped as the god of sky, war, protection, and light. The Eye of Horus or the Wadjet Eye was personified as the goddess Wadjet and was popularly known as the Eye of the Ra. It symbolized that everything was being watched from above. 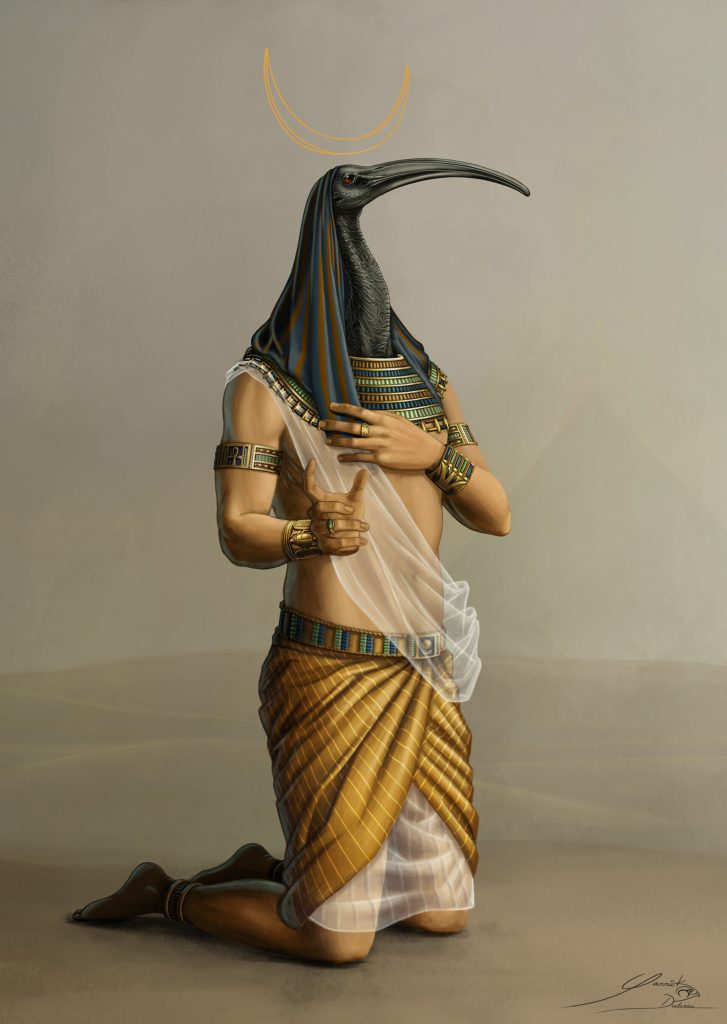 7. THOTH: God of Knowledge and Wisdom

An arbitrator who settled the disputes between good and evil, Thoth is considered a self-created god. Master of both physical and divine laws, along with his counterpart Ma’at, he maintained the universe through his mastery of calculations. The ancient Egyptians acknowledged him as an author of science, philosophy, and magic. This ibis or baboon-headed deity was considered to be the most learned god in ancient history. Also regarded as the moon god for keeping count of time even when the sun was not there, Thoth is recognized as the one who created the 365-day calendar.

Sometimes called the Mistress of the West, Hathor welcomed the dead into the next life. Born of Ra, she exemplified motherhood and feminine love. The ancient Egyptians offered prayer to her as the goddess of music and dance. She is believed to provide a blessing as the helper of women during pregnancy and childbirth. Affectionate, humble and kind to both the dead and living, she was also known as the Lady of Heaven, Earth and the Underworld.

9. SEKHMET: Goddess of War and Healing

Leading and protecting the pharaohs during war, Sekhmet, the daughter of Ra, is depicted as a lioness and is known for her fierce character. She is also known as the Powerful One and is capable of destroying the enemies of her allies. She is depicted with a solar disk and uraeus, an Egyptian cobra, which was associated with royalty and the divine. Sekhmet assisted the goddess Ma’at in the Judgement Hall of Osiris which also gained her the reputation of the arbitrator. 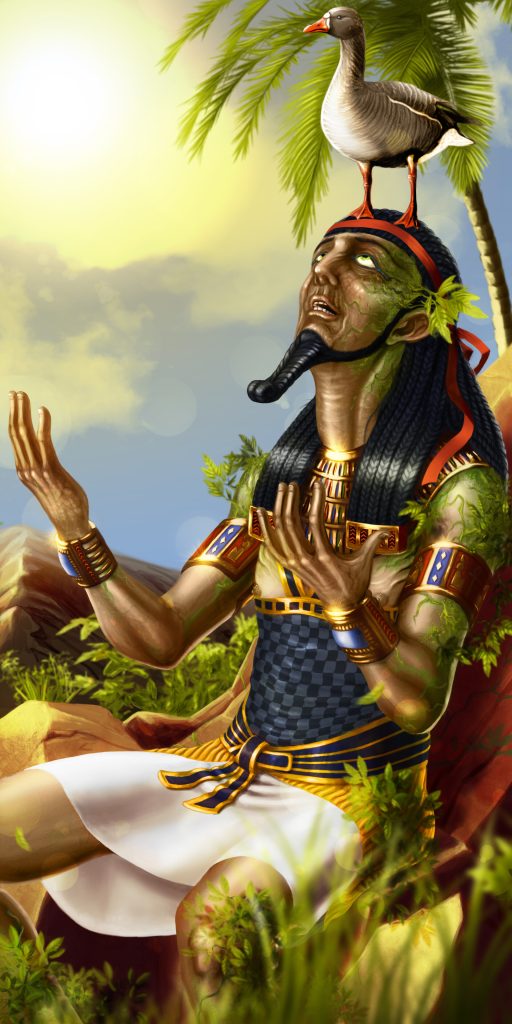 Also described as the Father of Snakes, Geb represented crops and healing. With a goose on his head, this bearded god was believed to have caused earthquakes whenever he laughed. He was the son of Shu (the god of air) and Tefnut (the goddess of moisture) and had an important role in the Book of the Dead as the one who weighs the heart of the dead in the Judgment Hall of Osiris. The ancient Egyptians believed that he retained the souls of the wicked.

In ancient Egypt, gods and goddesses were the depictions of all the fundamental necessities required for sustaining life. Many cults developed and many associations were made because of the interconnection between these life requirements. Put simply, anything that made life possible was represented by an ancient Egyptian god or goddess.