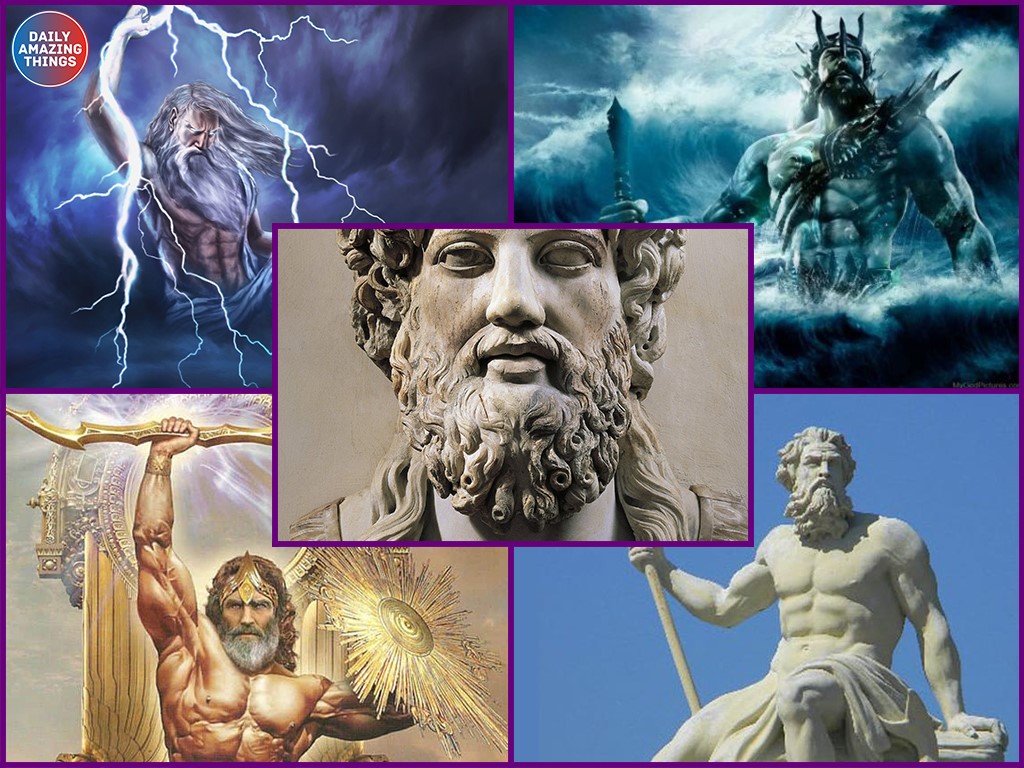 The 6 Main Differences Between the Greek and Roman Pantheon

While there are some key differences we will highlight, Greek mythology came first and is a millennium older than Roman mythology. Romans likely adopted most of the ideas that the Greeks had created to make their own pantheon of gods and goddesses. This is why there are often so many similarities between the two groups of mythic religious figures.

Roman gods and goddesses are more likely to have more than one task to take care of. Greek gods and goddesses tend to be assigned to a specific task, such as love, while a Roman god might be responsible for love and many other facets of the human experience.

The Roman god of war, Mars, is also linked with fertility and agriculture. This might have been because the Romans were managing a very complex society and there was a need to be able to appeal to a god or goddess for each kind of challenge that might arise. While agriculture and factors related to the human experience are jobs that all of these mythic figures must handle, Roman gods and goddesses were asked to take care of many duties within their roles in the pantheon. 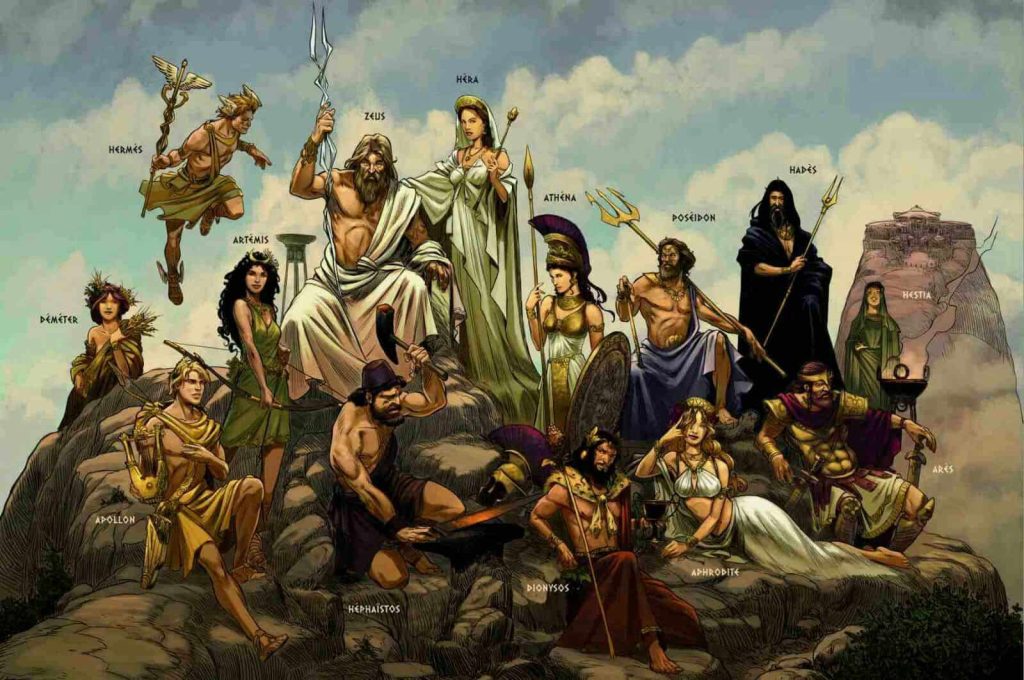 2. Greeks Did not Care About the Afterlife Like Romans

In Greek mythology, the gods and goddesses were not thought to guard the afterlife. They were simply responsible for daily life and for the disasters and successes of the people who lived on earth. When people died, Greeks imagined that there was just an end to their existence that did not require a specific route to get to heaven or hell.

Romans were much more concerned with the afterlife, and they fashioned much of the knowledge about the roles of their gods and goddesses around the afterlife and what role each deity would play when people were sent there. This is a key factor that indicates a lot about how each culture thought about death.

3. Greeks Held Mortals to Be Nearly as Important as Gods

In Greek mythology, humans were nearly as important as the gods and goddesses and they worked hand in hand with the deities on a daily basis. This was due to the Greek focus on the daily life they were leading and their lack of concern over the afterlife.

Romans were not of the opinion that the gods and goddesses work alongside the humans on earth and instead believe that they are in charge of the destiny and fates of the humans they watch over. This means that daily worship and careful adherence to signs and signals from the gods was a much bigger part of Roman worship than Greek worship

4. Roman Gods and Goddesses are Jealous and Vengeful

While Greek gods and goddesses did sometimes misbehave, Roman gods and goddesses consorted with and became involved with human lives often. Greek gods might have been present to help humans with tasks and to teach them about life, but they were much less likely to get deeply involved in petty jealousy and vengeful behavior.

Roman gods were almost daily involved with taking vengeance on people that they felt had overstepped their place and this might include women who were too beautiful, men who were too prideful, and people who had too much money and did not share it with anyone.

5. Greek Gods Were Perfect and Beautiful

Greek gods certainly were connected with achievement, but they were much more closely connected to beauty and perfection than they were to actions and ideas. This is a key and very important difference between the two pantheons and how they impacted daily lives and the way that people worshiped. 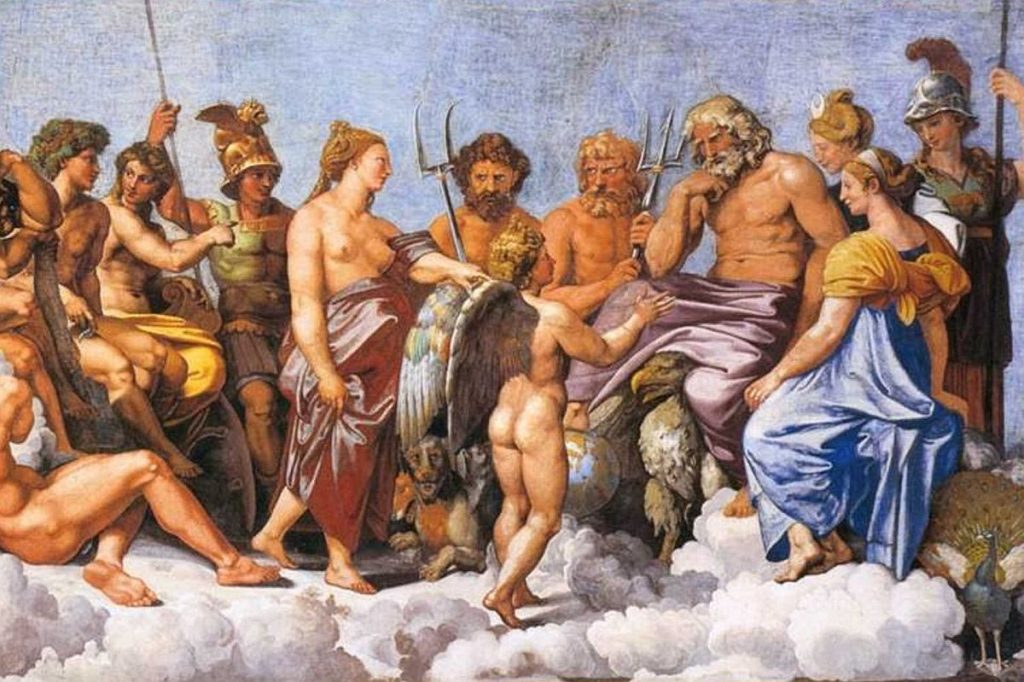 6. Roman Gods and Goddesses Are Based on Actions and Skills

Roman gods and goddesses are much more likely to be described in terms of their skills and their intelligence rather than their personality or their appearance. This is a very important difference between the two groups of deities and you will find that most Roman deities are connected with achievement more than physical prowess or beauty or even personality traits.

This is likely a symptom of Roman society, which was largely concerned with personal achievement, wealth, and expansion. Greek culture was more concerned with equitable social customs and societal balance. They were not as motivated by deities that were invested in personal glory and achievement as the Romans were.

Each pantheon of deities reflects on the social structure of each culture and you can clearly see the values of the two peoples in the way that their gods and goddesses interacted with them. It meant something very different to a Roman to worship a god than it did when a Greek reached out to a deity for help. These key differences in the gods of each people show how the two cultures differ from one another quite clearly.