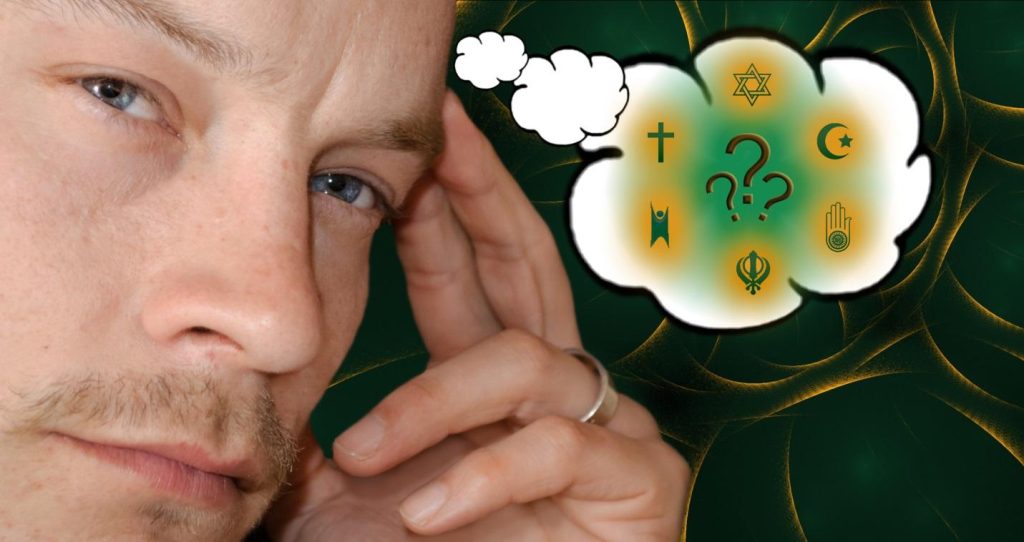 How many religions do you know? People are usually familiar only with the most famous and traditional religions such as Christianity, Islam, Buddhism, Hinduism, and Judaism. In fact, there are many other, lesser-known religions that are practiced by people all over the world. Let’s discover some of these together, starting with:

Also known as the Raelian Movement, Raelism is a UFO religion that was founded in 1974 by former French car-racing test driver Claude Vorilhon (now known as Rael). The religion is based on the belief that scientists from another planet came to Earth and created all forms of life, including human beings, thousands of years ago.

2. Church of All Worlds

The Church of All Worlds is a neo-pagan religion founded in 1962 by Oberon Zell-Ravenheart and his wife Morning Glory Zell-Ravenheart. Based in Cotati, California, the religion evolved from a group of friends and lovers who were inspired by a fictional religion of the same name in the sci-fi novel Stranger in a Strange Land by Robert A. Heinlein.

3. Church of the Flying Spaghetti Monster

Also known as Pastafarianism, the Church of the Flying Spaghetti Monster is a mock religion that was based on an open letter by Bobby Henderson to the Kansas School Board that demanded that the theory of the Flying Spaghetti Monster should be taught along with theories of Evolution. Pastafarianism is legally recognized as a religion in the Netherlands and New Zealand.

One of the most bizarre religions in the world, the Prince Philip Movement is a religious sect followed by tribal people in the Pacific island country Vanuatu. The cult is believed to date from 1974 when Prince Philip and Queen Elizabeth II visited the country. Since then, the villagers have been decorating their shrines with framed portraits of Prince Philip.

The Aghori is a feared Hindu cult that is considered to have split off from the traditional Kapalika Order in the 14th century. Many Orthodox Hindus condemn the Aghoris due to their twisted rituals. What type of twisted rituals, you ask? They live in cemeteries and feast on human flesh. They also drink from human skulls, chew the heads off live animals, and meditate on top of cadavers in search of spiritual enlightenment.

Universe People is a Czech UFO religion founded in the 1990s by Ivo Benda, also known by his extraterrestrial name, Astar. Benda claimed he experienced several direct personal contacts with extraterrestrial civilizations, which led him to establish the movement. Universe People fight against modern technologies and negative ideas while spreading love and positive vibes.

7. Church of the SubGenius

The Church of the SubGenius is a parody religion that was established by American writer and filmmaker Ivan Stang in the 1970s. The church itself heavily disregards the idea of absolute truths and instead focuses on a much more interpretive lifestyle. It teaches a complex philosophy that focuses on J. R. “Bob” Dobbs, an alleged salesman from the 1950s, who is revered as a prophet by the Church.

Also known as the Religion of Chaos, Discordianism was originally created as a prank religion by two young hippies, Kerry Thornley and Greg Hill, in the 1960s. The movement was later made world-famous by the American author Robert Anton Wilson who based the philosophy on his iconic satirical sci-fi books The Illuminatus! Trilogy on Discordianism.

Created by Australian yoga enthusiast George King after his extra-terrestrial experiences in the 1950s, the Aetherius Society is a religious movement whose philosophy and teachings come from highly advanced intelligence from other planets as well as from other world religions, most notably Christianity, Buddhism, and Hinduism.

Founded by Reverend Chris Korda and Pastor Robert Kimberk in Boston in 1992, the Church of Euthanasia is considered the world’s only anti-human religion. The church promotes solutions to overpopulation and related ecological problems by a massive voluntary population reduction. The famous slogan of the church, “Save the Planet—Kill Yourself,” has been seen at various public events.

11. Temple of the True Inner Light

The Temple of the True Inner Light is a religious organization based in Manhattan which believes that psychoactive substances such as dipropyltryptamine, cannabis, LSD, mescaline, psilocybin, psychedelic mushrooms, and others are the true flesh of God. The organization also believes that all religions are based upon the psychedelic experience.

A religious movement followed by thousands of Star Wars fans all over the world, Jediism (or the Jedi Church) is a new religion that incorporates the fictional teachings of the Jedi. They believe that The Force is a very real power in the universe. In 2013, Jediism was actually the seventh largest religion in the UK with an incredible 175,000 followers.

Also known as Iglesia Maradoniana, the Church of Maradona is a religion based in Argentina that worships the iconic Argentine soccer player Diego Maradona. The symbol for the church is D10S, which combines the Spanish word for Gods (Dios) and the shirt number of Maradona (10). The church was founded in 1998 by fans that claim Maradona was the greatest soccer player in history.

One of the most bizarre religions in the world, Frisbeetarianism is a parody of the spiritual belief in life after death. The founder of the movement, American actor and comedian George Carlin, defined the concept of the religion as a belief that “when a person dies, his/her soul rises and is thrown like a frisbee onto a roof, where it becomes attached and remains.”

Are there any other strange religions that we have missed? Feel free to share them in the comments below.