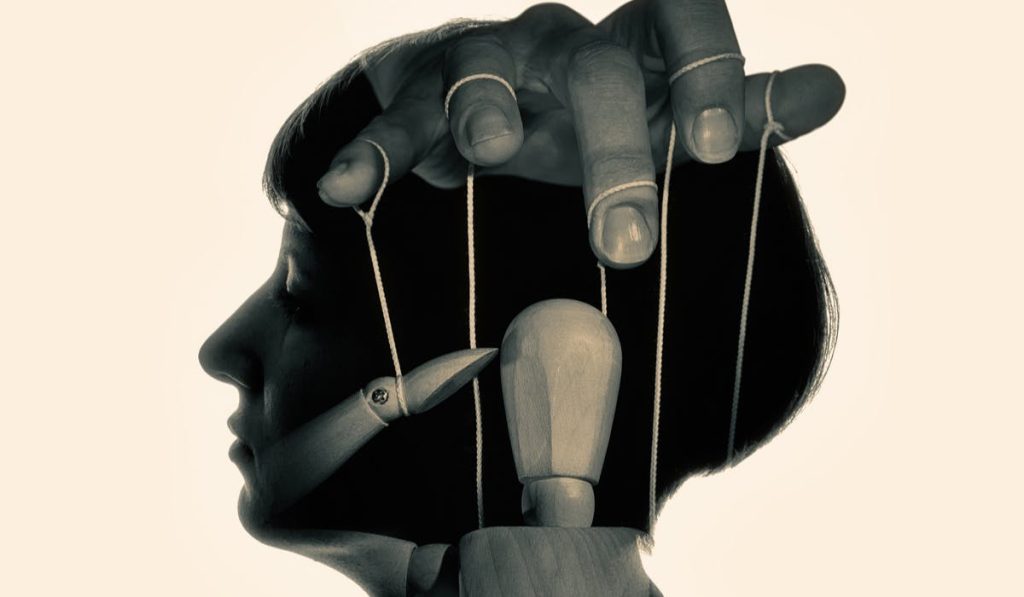 The Most Dangerous Cults of All Time – Part 1

You’ve got to admit: It’s wild that individuals are capable of brainwashing entire groups of people to such an extreme that they’d abandon everything they’ve ever known and lose grasp on the difference between good and evil. Learning about the sexual, physical, and psychological abuse that took place in various infamous cults will seriously send shivers down your spine—but there’s also something fascinating about the group-think phenomenon and how good, innocent people can get sucked into a dangerous mindset.

WARNING: This article contains mentions of rape, abuse, child pornography, sex trafficking, and murder. Please do not continue reading if you are on the fence about it.

If you thought cults were a thing of the past, think again. Keith Raniere started NXIVM (pronounced NEX-ee-um) in 1998, positioning the group as a self-help organization with workshops and classes on empowerment. NXIVM amassed more than 18,000 followers across North America until 2017, when NXIVM members came forward to expose the abusive practices of a secret society within the group. Women were recruited under the false pretense that they were joining a sisterhood of sorts—but it ended up being a sex cult. A pyramid scheme existed within the group, with Raniere, who members called Vanguard, at the top; “masters” who recruited other women to the secretive group; and at the bottom were the newest recruits, who were referred to as “slaves.”

In 2020, Raniere was tried in court, where more than a dozen women came forward with statements regarding his psychological and sexual abuse. He was convicted of many crimes, including sex trafficking, racketeering, and child pornography. Victims were as young as 15 years old. Raniere was sentenced to life in prison. 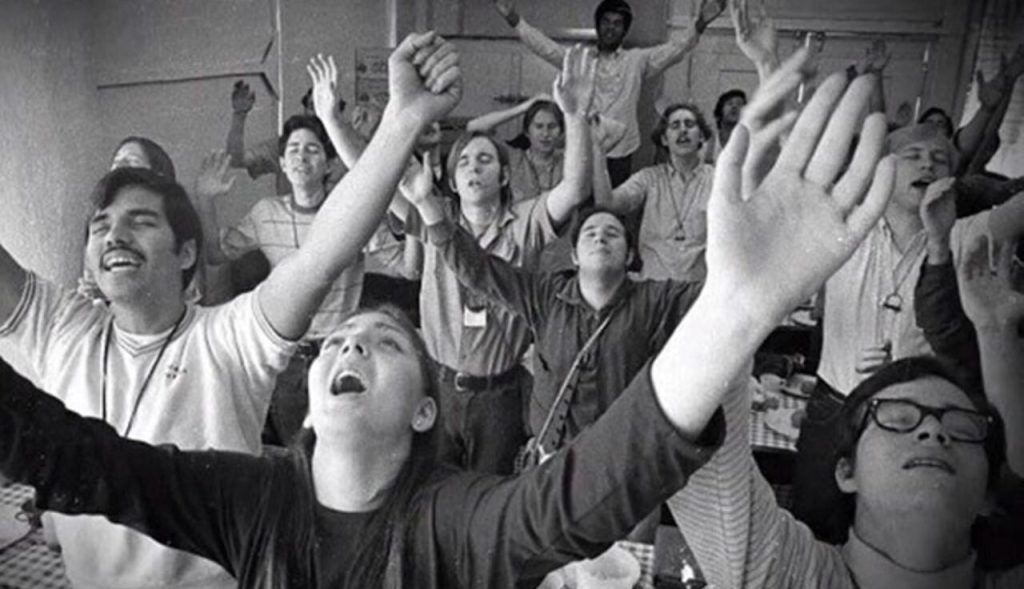 Initially called Teens for Christ, Children of God was founded in 1968 by rogue preacher David Berg in Huntington Beach, California. Attracting young runaways and hippies, Berg preached a kind of worship that combined the ways of Jesus Christ with the free love movement of the ’60s. Group living, zealous proselytizing, and isolated communes were all pillars of the Children of God church. Members, who amounted to 15,000 people across the world at its peak, didn’t work or go to school. The COG didn’t believe in the nuclear family, so children were grouped together and lived separately from their parents.

In the late 1970s, COG became notorious for the sexual practices that one of Berg’s own daughters later described as “religious prostitution.” Berg coined the term “flirty fishing,” a sexual practice in which women would allegedly have sex with men to bring them into the cult. Berg promoted and encouraged the sexualization of children within the COG community. As Berg manipulated the COG family with his sadistic practices, members started leaving the community, including the families of actors Joaquin Phoenix and Rose McGowan, who both grew up in Children of God communes.

Former COG members began coming forward in the early 1990s, describing an environment that permitted and encouraged the physical and sexual abuse of young children. Ricky Dupuy appeared on a talk show in 1993 and revealed that he’d been ordered by the group to rape a 10-year-old. Dupuy later committed suicide, like many other members of the group, including Berg’s son Ricky Rodriguez, who was sexually abused throughout his life by his father and the group.

Although Berg died in 1994 (while under FBI investigation), the Children of God cult continues to exist and now goes by the name Family International, although the group claims that the horrific practices are a thing of the past.

3. Church of the Lamb of God

Dubbed by media as the Mormon Manson, the Church of the Lamb of God was started by Ervil LeBaron in Chihuahua, Mexico, after he clashed and left his brother Joel’s sect. LeBaron convinced his followers that he received direct instructions from God, which included using an abandoned Mormon doctrine, “blood atonement,” that allows the killing of sinners to cleanse them of evil. LeBaron had 51 children with 13 different wives and over two decades amassed hundreds of followers, who allegedly murdered more than 20 people on behalf of LeBaron and his orders.

Mexico authorities arrested LeBaron in 1979 and handed him over to the FBI, where he was charged for the murder of another polygamous sect leader and jailed for life in Utah. Although LeBaron died in prison in 1981, his reign of terror still persisted for several years, as he left behind a “hit list” of people he believed were traitors.

In the 1950s, Indiana native Jim Jones founded a church that he claimed promoted socialism and equality, with religious elements of Christianity. Initially, he was little more than a charismatic hustler (who faked faith healings by having audience plants pull chicken livers out of congregants’ mouths), but as the years progressed, he demanded more and more of followers. In the early 1970s, Jones moved his group to California and set them up in a commune-like settlement in Redwood Valley.

Jones eventually came to believe that nuclear war was imminent and moved his followers again to the South American country of Guyana, which he thought would be outside the potential danger zone. The group lived there for several years as the Peoples Temple Agricultural Project, but after former members started speaking out against the church, San Francisco Congressman Leo Ryan decided to travel to Jonestown to investigate claims of abuse. Temple security guards opened fire on Ryan’s group, and back at the settlement, Jones ordered his followers to drink a cyanide-laced beverage. (This is where the phrase “drinking the Kool-Aid” originates.)

A total of 918 people died in the incident, and until 9/11, it was the largest loss of American civilian life in history. 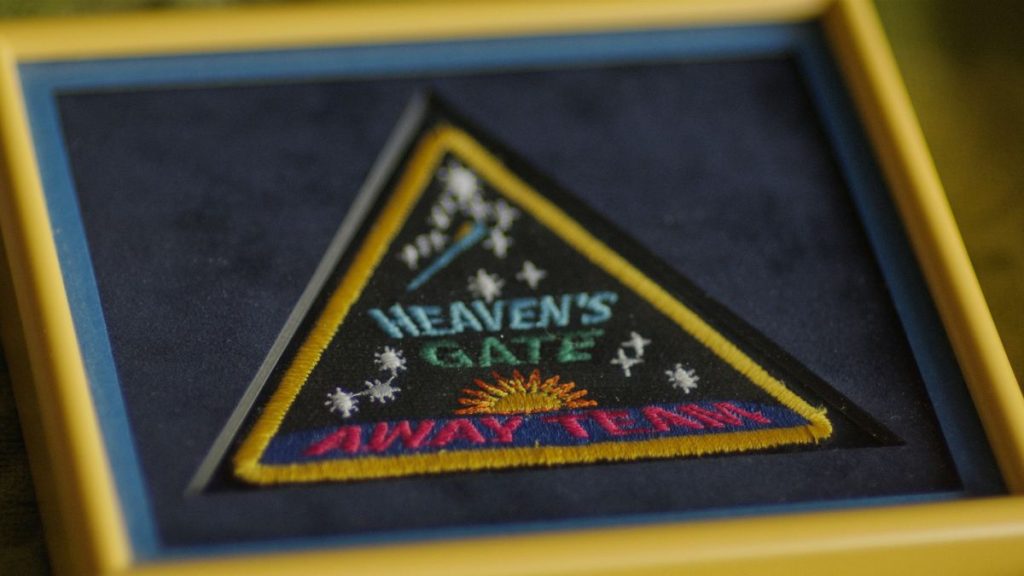 Founded by Marshall Applewhite and Bonnie Nettles in the 1970s, Heaven’s Gate was an ascetic cult that had a complicated belief system involving aliens, spaceships, and an imminent “recycling” of the planet Earth. After Nettles died in 1985, Applewhite took the group to even further extremes, and in 1997, he began claiming that a spacecraft was following the Hale-Bopp comet; this spacecraft would carry the Heaven’s Gate members to the next level of existence.

While living in a rented home in San Diego, Applewhite and 38 followers died by suicide by taking phenobarbital mixed with applesauce. They all wore the same uniform and Nike shoes and had $5.75 in their pockets. As of today, the Heaven’s Gate website still exists and is maintained by two of the group’s followers.

Check back soon for part 2.