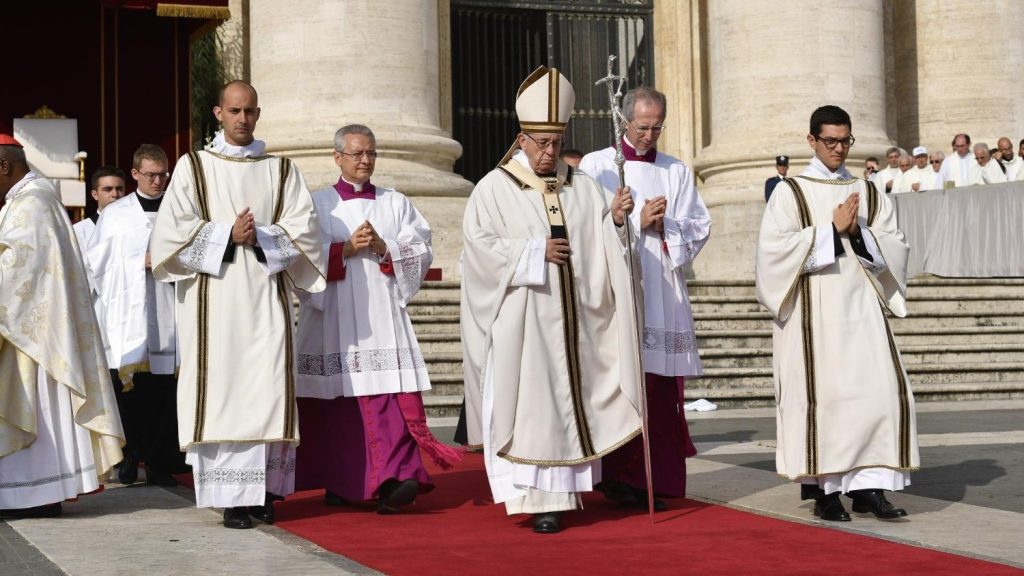 The Process To Being Declared A Catholic Saint

Many of the world’s religions bestow special status on people who demonstrate a life of almost perfect virtue. Religions differ on the title assigned to these people. The Catholic church calls them saints.

The process by which someone becomes a saint is called canonization. The Catholic church has canonized around 3,000 people – the exact number is unknown because not all saints were officially canonized. According to the church, the pope does not make someone a saint – the designation of sainthood only recognizes what God has already done. For centuries, saints were chosen through public opinion. In the 10th century, Pope John XV developed an official canonization process.

Canonization has been revised in the past 1,000 years, most recently by Pope John Paul II in 1983. Pope John Paul II, who canonized some 300 people, made several procedural changes to the canonization process, including the elimination of the “devil’s advocate” from the review process. The devil’s advocate was the person designated to attack the evidence offered in favor of canonization.

The process of becoming a Catholic saint is lengthy, often taking decades or centuries to complete. But it can also be “fast-tracked,” for instance in the case of Mother Teresa of Calcutta, widely known for her work with the poor in India.

Soon after her death in 1997, Mother Teresa’s followers began pressing the Vatican to waive the rule that prevents the process of canonization from beginning until five years after a candidate’s death. This rule has traditionally been used to allow for a more objective look at a person’s life and achievements. In 1999, the pope did waive the five-year rule, allowing the canonization process to begin. 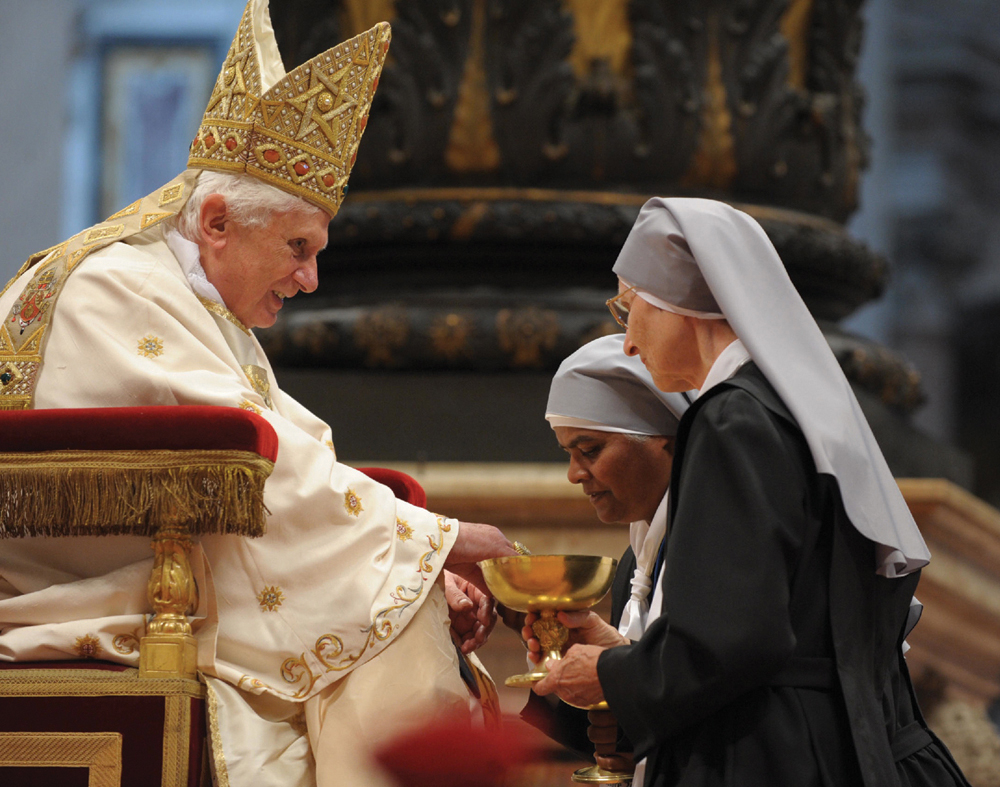 The Steps of Canonization

Here are the steps that must be followed in the process of canonization:

A local bishop investigates the candidate’s life and writings for evidence of heroic virtue. The information uncovered by the bishop is sent to the Vatican.

A panel of theologians and the cardinals of the Congregation for Cause of Saints evaluate the candidate’s life. If the panel approves, the pope proclaims that the candidate is venerable, which means that the person is a role model of Catholic virtues.

The next step toward sainthood is beatification, which allows a person to be honored by a particular group or region. In order to beatify a candidate, it must be shown that the person is responsible for a posthumous miracle. Martyrs – those who died for their religious cause – can be beatified without evidence of a miracle.

In order for the candidate to be considered a saint, there must be proof of a second posthumous miracle. If there is, the person is canonized. These alleged miracles must be submitted to the Vatican for verification. Sister Teresia Benedicta of the Cross was canonized in 1997 after the Vatican verified that a young girl who ate seven times the lethal dose of Tylenol was suddenly cured. The girl’s family was said to have prayed to the spirit of Sister Teresia for help.

In Mother Teresa’s case, there were some “almost-miracles” but they didn’t meet the church requirement fully that there were no medical explanations for the cures. The first miracle that did meet that involved a woman in 1998 going to a Missionaries of Charity home in India, with a fever, headaches, vomiting, and swollen stomach, as she had tuberculous meningitis. As she was praying in the Missionaries of Charity chapel she saw a light coming from a photo of Mother Teresa. Later a medallion that had touched Mother Teresa was placed on her stomach. In the morning her tumor had disappeared and she no longer needed surgery.

The second miracle was in 2008 when a Brazilian man with brain abscesses was close to death. His wife prayed to Mother Teresa for help and put a relic of Mother Teresa on his head. He was scheduled to go into surgery but before he did, doctors found he was completely healed. All the brain abscesses and fluid were gone. No medical explanation was found for this miracle. The nun was canonized as Saint Teresa of Calcutta in 2016.

Once a person is a saint, he or she is recommended to the entire Catholic church for veneration. Some saints are selected as patron saints, special protectors or guardians over particular occupations, illnesses, churches, countries or causes. For example, the pope named Isidore of Seville a patron saint of Internet users and computer programmers. He is credited with writing the world’s first encyclopedia. In this case, he didn’t go through the canonization process, but was simply declared a saint in 1997.