Similar to Ramadan, Hajj is a pillar of Islam — it is the last of the five pillars. Hajj is an annual pilgrimage to Mecca and its nearby cities. Any healthy, adult Muslim who can afford to travel is obligated to perform Hajj once in their lifetime. The Hajj journey symbolically traces the footsteps of Prophet Abraham, Hagar, and their son, Ismail.

Although the Hajj pilgrimage only takes place in a certain geographic location, Eid-Ul-Adha is celebrated by Muslims worldwide. In this article we’ll take you through what Eid-Ul-Adha means, its significance, and how it is celebrated. 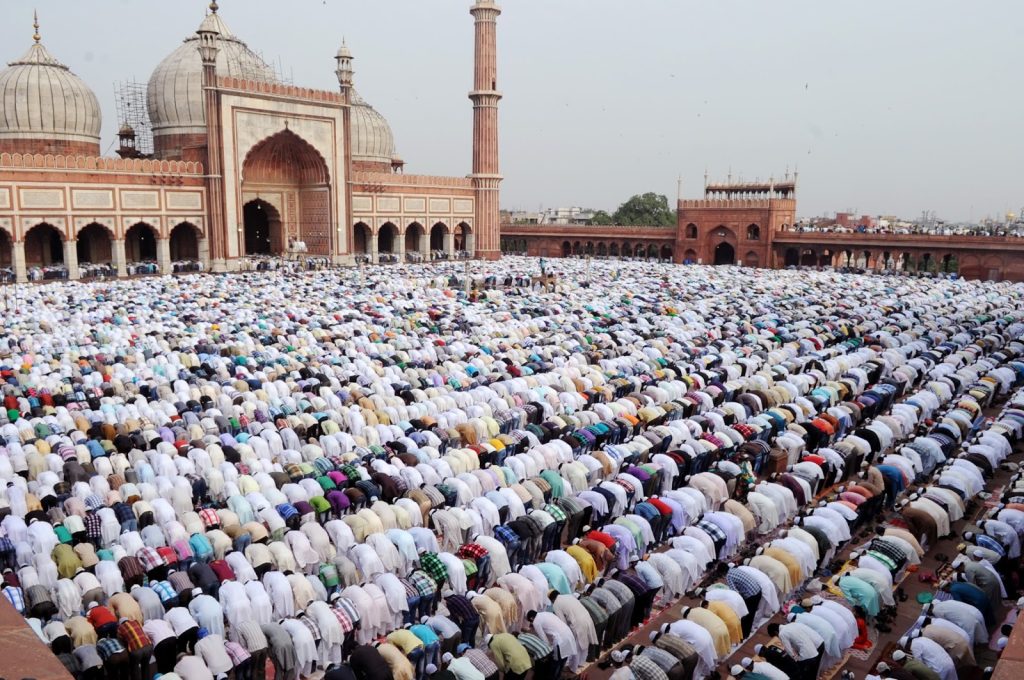 What does Eid-Ul-Adha mean?

Eid-Ul-Adha translates to “Festival of Sacrifice.” To break down each word of the Arabic name, Eid means “festival” (or holiday in modern lingo); ul is a grammar particle that means “of” in this context, and Adha means “sacrifice.” The significance of Eid-Ul-Adha is that it commemorates Prophet Abraham, Hagar and Ismail’s trust in God.

Islam teaches that our life on earth is a test of our faith in God — and we’ll find out how we did on the test after death on the Day of Judgement. Tests are given in accordance with an individual’s capacity and level of knowledge. The purpose of these tests is to bring the individual higher and higher in rank so that ultimately they get to know God The Creator, to whom we all belong and to whom we all return properly.

After Prophet Abraham had been tested by God many times, he reached a position where he had intimate knowledge of just how good God is. So in accordance with Prophet Abraham’s capacity, his next test was an even mightier one: to sacrifice Ismail, his son with Hagar.

As recited in the Quran:

Then when the boy reached the age to work with him, Abraham said, “O my dear son! I have seen in a dream that I [must] sacrifice you. So tell me what you think.” He replied, “O my dear father! Do as you are commanded. God willing, you will find me steadfast.”

Then when they submitted [to God’s Will], and Abraham laid him on the side of his forehead [for sacrifice],

We called out to him, “O Abraham!

You have already fulfilled the vision.” Indeed, this is how We rescue the good-doers.

That was truly a revealing test.

And We ransomed his son with a great sacrifice,

and blessed Abraham [with a legacy] among later generations:

This is how We reward the good-doers.

He was truly one of Our faithful servants.

Celebrating Eid-Ul-Adha every year is a symbolic reminder to trust that God is good and follow God’s Revelation even if we don’t understand the wisdom behind the Revelation at first. For Prophet Abraham, being a prophet, his dreams (or true visions) were a part of his Revelation. Today, as Muslims, we defer to the Revelation of the Quran. As we each go through tests in life according to our capacities, Eid-Ul-Adha reminds us to remain hopeful. God will rescue us from our difficulties and reward us with happiness because that’s who God is. 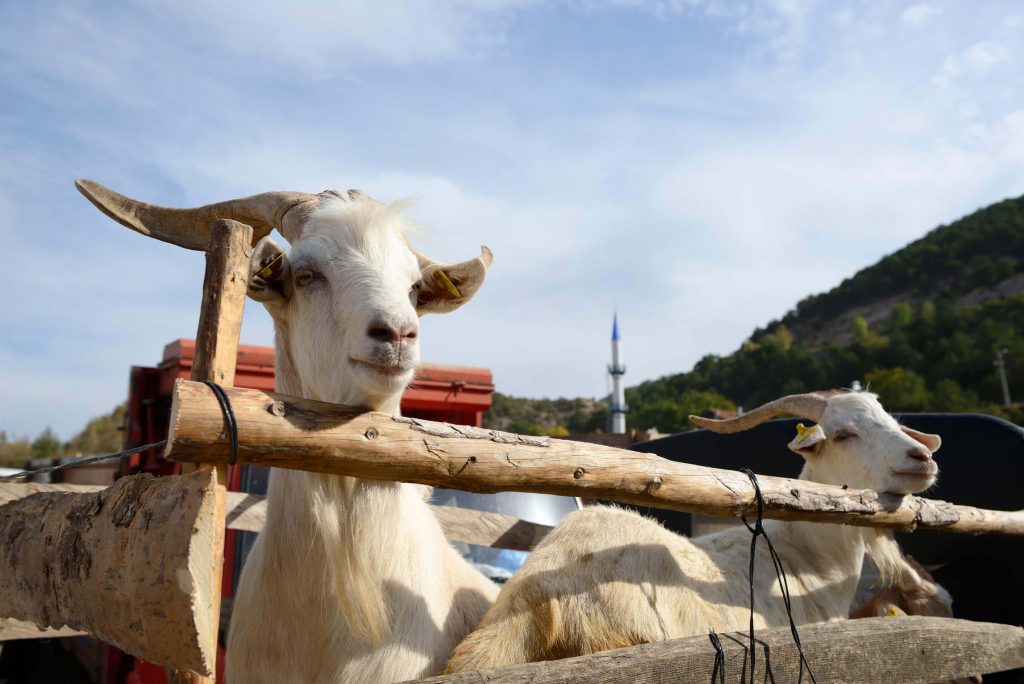 How is Eid-ul-Adha celebrated?

Eid-Ul-Adha is celebrated similarly to Eid-Ul-Fitr. Charity, dressing up, attending Eid prayer, and enjoying a feast are traditions shared by both holidays.

The charitable element, however, looks quite different between the two. On Eid-Ul-Fitr, shelf-stable foods, such as grains and dried fruit, are donated to the needy. Eid-Ul-Adha, on the other hand, is all about meat.

As part of the sacrifice associated with the festival, those who can afford to buy livestock animals such as goats, sheep, camels or cows, sacrifice the animal and divide the meat into three equal parts. One portion goes to the needy; another portion is distributed to family, friends and neighbours; and the last third of the meat is for personal consumption. It is important to consider that all three shares must contain the same type of cuts.

Although the tradition is that the meat is donated raw (so the person receiving the meat can cook their own meals), many Muslims now cook the meat themselves and then donate a cooked meal to the needy instead.

The inedible byproducts of the animal are also donated to the needy so they can sell the natural materials and bring in some money to support their families, or so they can use the animal byproducts for their own household needs. This has become less common in the modern age since few people make their own leather or live in tents, but the option is still there.

It’s important to note, the animal sacrifice is not an offering to God. It’s a symbol of demonstrating piety: “It is neither their flesh nor their blood that reaches God, but what does reach Him is your God-consciousness[…]” 22:37.

Another tradition surrounding Eid-Ul-Adha is honouring pilgrims before they leave for Hajj or as they safely return home from Hajj. Completing Hajj is a big milestone in a practicing Muslim’s life, akin to a graduation or a marriage. Family and friends might use the opportunity to shower the pilgrim with gifts and well wishes or throw them a congratulatory party!