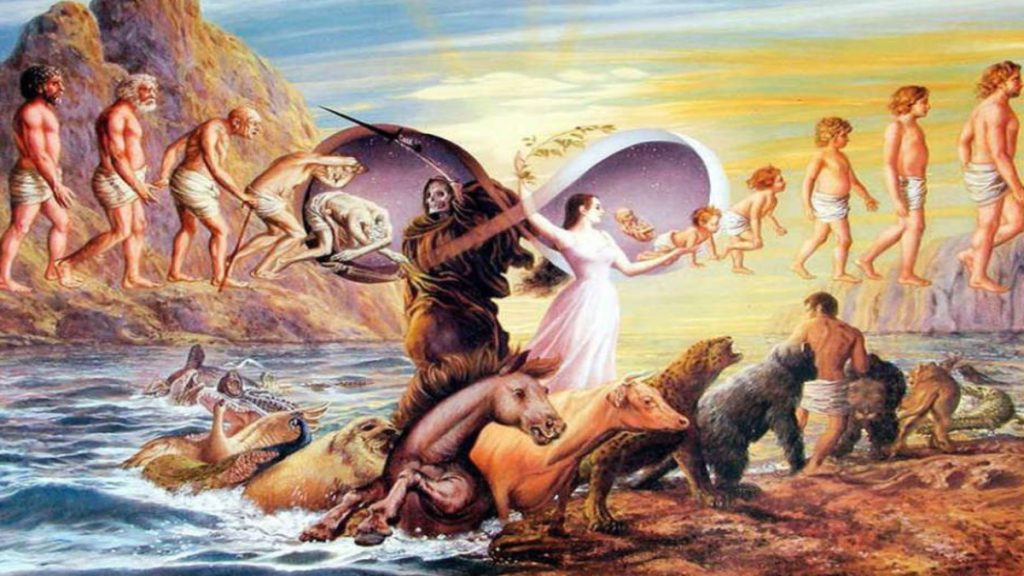 1) The soul is eternal

One of Hinduism’s most fundamental teachings is that every living being is a physical incarnation of an immortal soul. Though these physical bodies die, each immortal soul continues to exist. All souls are a part of the Divine and thus spiritual in nature, according to the Bhagavad Gita, a sacred Hindu text. Just as sparks of a fire become extinguished when separated from fire, souls forget their true spiritual nature when separated from their Divine source.

Lacking proper knowledge, each soul is stuck in a cycle of reincarnation called samsara, in which each is born into a variety of physical bodies, including that of plants and animals. From body to body, and species to species, each soul lives one lifetime after the next, all the while ignorant of its Divine nature. The soul moves through this cycle of births until — after lifetimes of spiritual practice — this Divine nature is fully realized, the cycle of reincarnation ends, and spiritual liberation (moksha) is achieved. 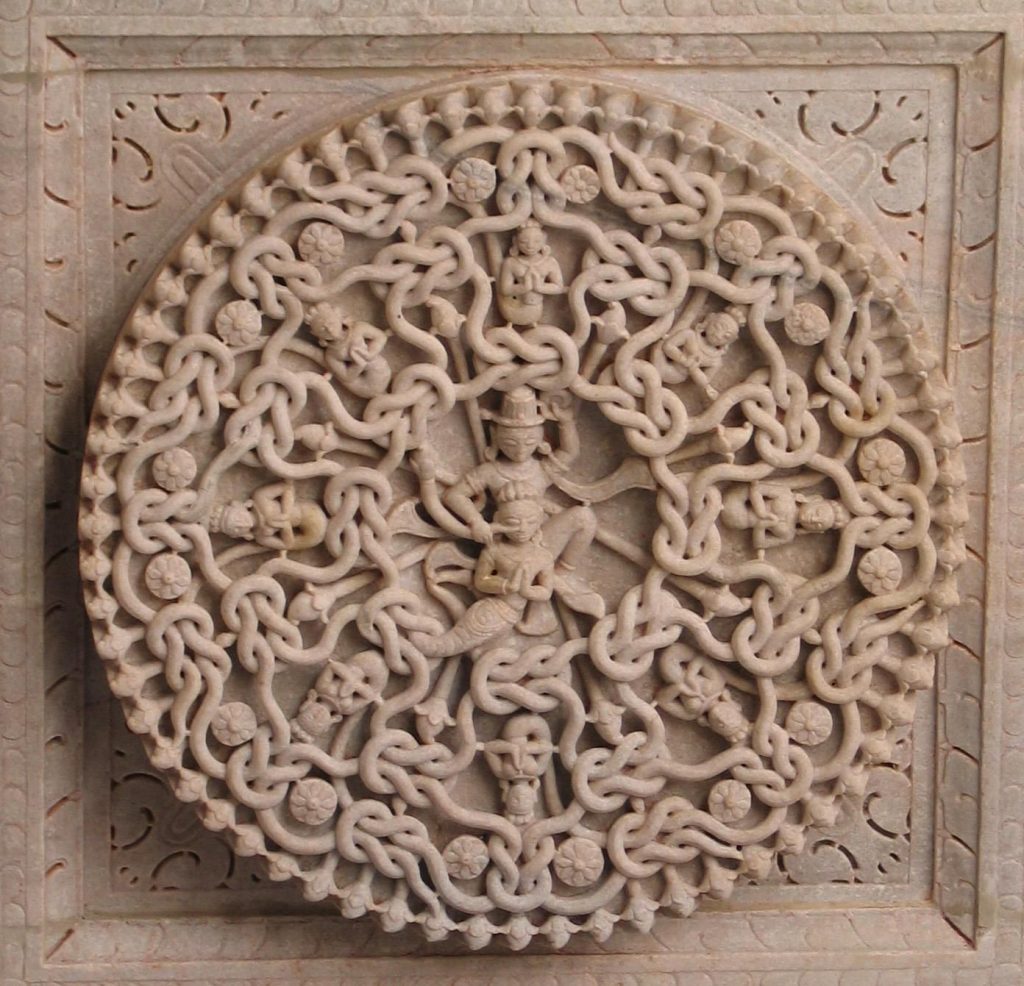 2) Karma and reincarnation are closely tied

Hindu texts strongly encourage individuals to spend their human births endeavouring to make spiritual progress. Though not impossible to achieve moksha in other incarnations, Hindu sages have long insisted that this is far easier done in a human birth. The whole of material creation can be likened to a rehabilitation centre meant for helping a soul to rediscover its Divine nature. One of Creation’s mechanisms to help facilitate a soul’s spiritual development is karma, the concept that every thought and action has a corresponding reaction.

Through karma, selfless actions uplift a soul, while selfish actions degrade it. The results of both selfless and selfish actions are experienced over a series of lives, as a soul comes to understand how its actions affect those and the world around it. Karma is thus the ultimate teacher of empathy. Theoretically speaking, if one takes its karmic lessons seriously, and strives to act selflessly, one can continuously elevate its status of existence. If, however, a person chooses to commit one selfish act after another, spiritual progress is not made and in extreme cases what progress has already been made can be squandered.

3) There are three types of karma

Sanchita is the accumulated karma from your past thoughts and actions, the results of which will eventually be experienced in the future. Sanchita is like the seed of a tree you planted in the past. In due time, the tree will grow and produce a particular fruit you’re destined to eat.

Prarabdha is what you’re experiencing now. It is the seed of a past action that has grown into a tree, producing the fully ripened fruit you’re eating in the present.

Agami is a seed of action you’re planting in the present that will inevitably produce the fruit of the future.

The three categories of karma ultimately work in creating a cycle of cause and effect. The fruit you eat now (prarabdha) leaves an impression in your mind — compelling you to plant more of a particular seed (agami), which will cause you to eat similar fruit in the future (sanchita). In other words, karma is habit forming. Repeated actions become like grooves in the mind that get deeper and deeper. You have the free will to change your habits at any time, but the deeper the groove, the harder those habits — whether good or bad — are to change. 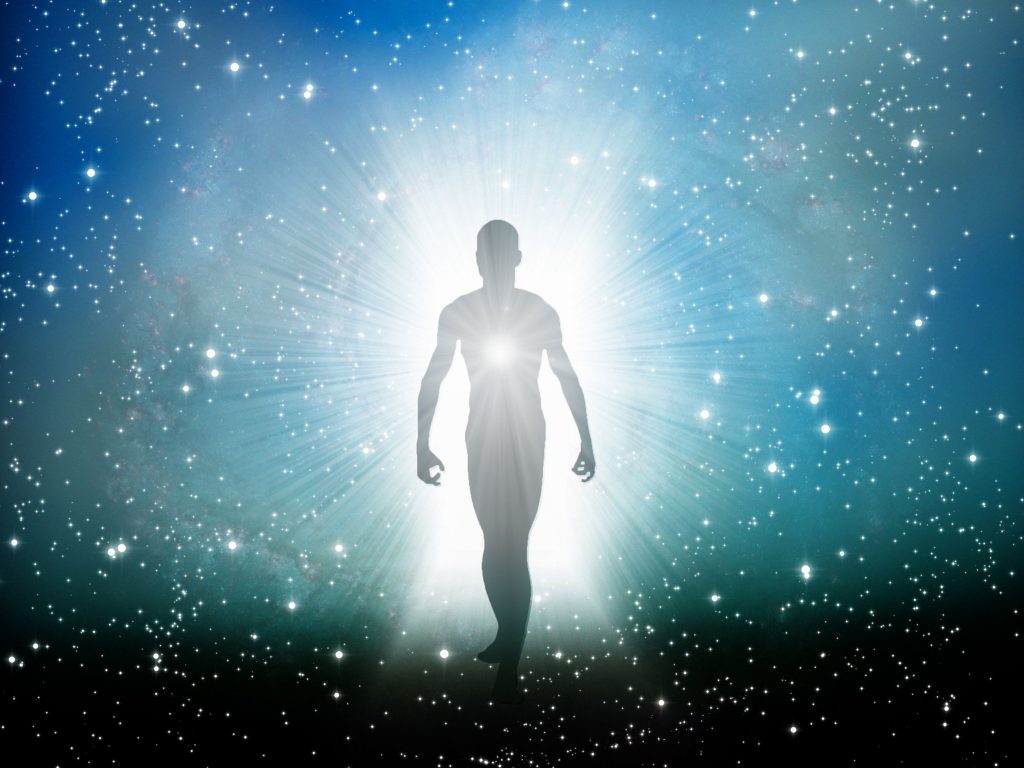 4) Selfless work frees one from karma

When the eternal soul identifies with the physical body, the soul becomes attached to what this body is doing, feeling, and thinking, seeking out pleasurable experiences and avoiding unpleasant ones, accumulating karma the whole time.

Even good actions performed with the intent of gaining some reward binds a person to this world, as that good karma has to be experienced at some point. Because the Supreme (another word for the Divine) is the source of creation, a person’s real duty is to perform spiritually uplifting work. This means acting not for one’s own material desires, but for the spiritual benefit of oneself and others. By doing such selfless work, a being becomes an instrument of the Divine and is thus no longer tied to the results of its actions, thereby discontinuing its karmic cycle.

Because karma is habit forming, creating those deep grooves in the mind, it can be very difficult to make and follow through with better choices, even if one wants to.

Take, for example, exercise. Lack of exercise usually makes one less healthy, have less energy, and can even cause laziness. The more people choose to not exercise, the worse they generally feel, and the worse they feel, the harder it will be for them to begin exercising, even if they wanted to break the negative cycle. Our choices shape our perception of reality, which is why the less people exercise the more they might come to believe they are simply incapable of getting in shape, fuelling a cycle of negative exercise karma. However, by spending time with people who are not only disciplined in their exercise routines but also willing to share what they know, one has a much better chance of breaking through personal negative health habits to create new positive ones.

In the same way, by spending time with and taking guidance from spiritually advanced souls, it becomes possible to overcome lifetimes of karmic baggage, opening the door to profound spiritual growth.