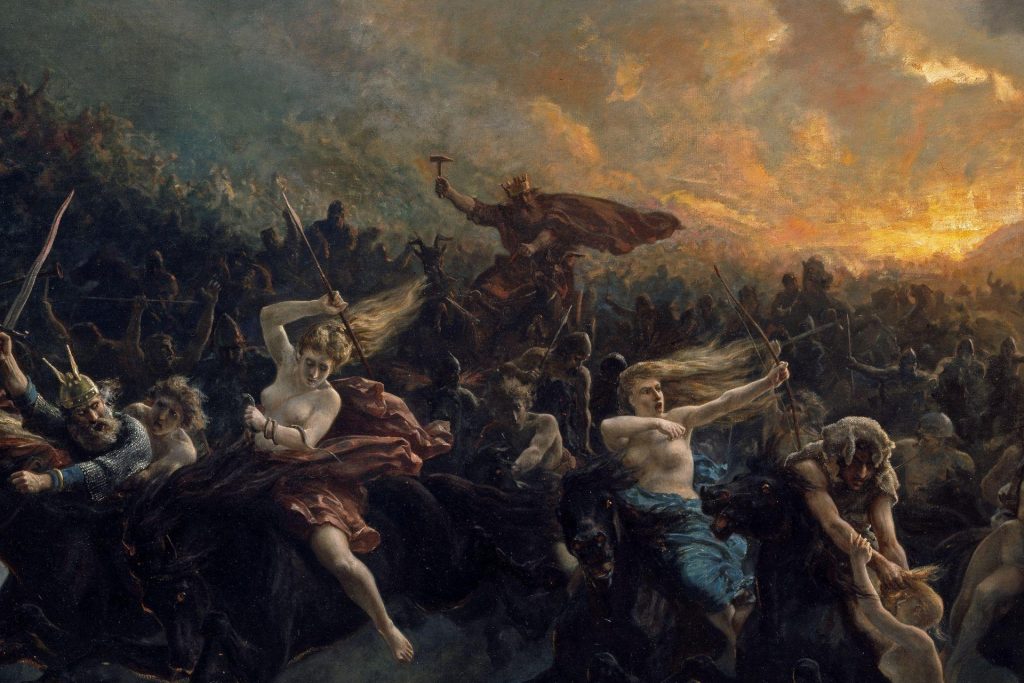 7 Most Important Gods of The Norse Pantheon

The Vikings of the Scandinavian north worshipped the many gods and goddesses of Norse mythology. Thanks to surviving ancient texts, sagas and archaeological discoveries we know a great deal about these deities and how they were viewed by the Vikings.

The Norse gods belong to two major clans: Æsir and Vanir. Odin, Frigg, Thor, Loki, Balder, Hod, Heimdall and Tyr are the most elevated representatives of Æsir and are known as the main gods. The second clan, Vanir, contains the fertility gods and count Njord, Freyr, and Freyja as their most notable members. Despite the antagonism between them, it was necessary for the two families to combine their powers and ideals for all to prosper. 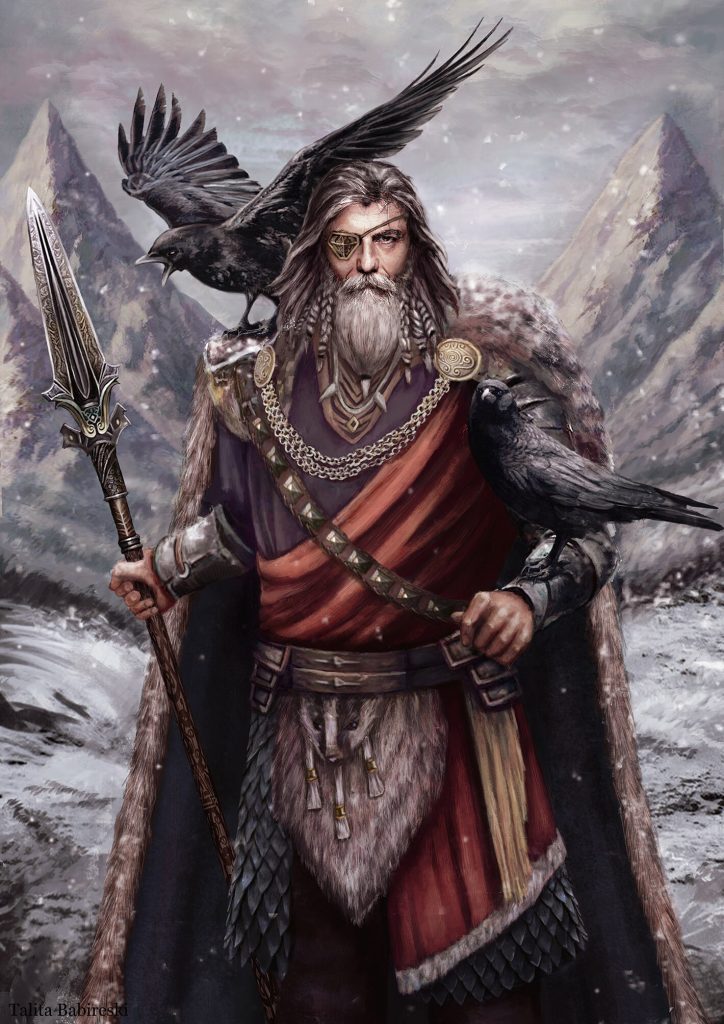 The supreme deity of Norse mythology and the greatest among the Norse gods was Odin, the Allfather of the Aesir. He was the awe-inspiring ruler of Asgard, and most revered immortal, who was on an unrelenting quest for knowledge with his two ravens, two wolves and the Valkyries. He is the god of war and, being delightfully paradoxical, the god of poetry and magic.

He is famous for sacrificing one of his eyes in order to be able to see the cosmos more clearly and his thirst for wisdom saw him hang from the World Tree, Yggdrasil, for nine days and nine nights until he was blessed with the knowledge of the runic alphabet. His unyielding nature granted him the opportunity to unlock numerous mysteries of the universe. 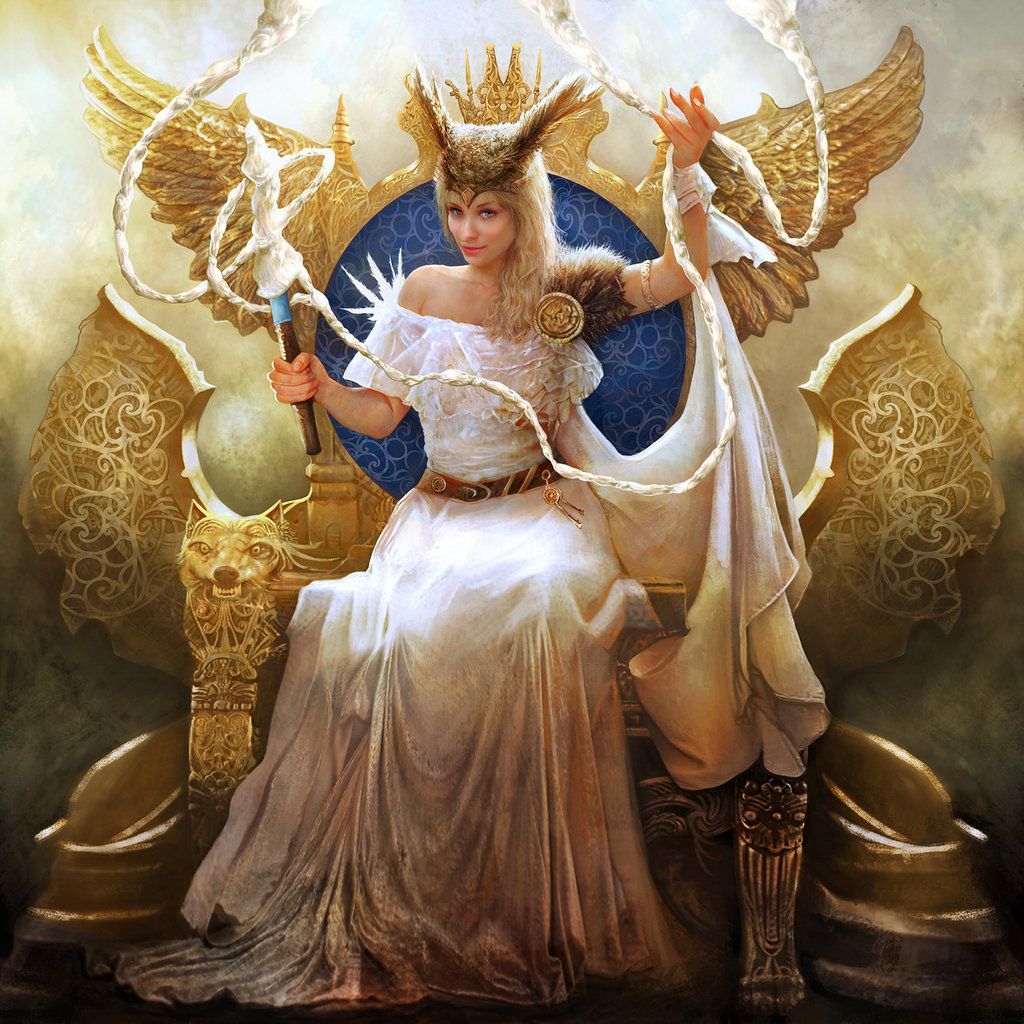 As the wife of Odin, Frigg was regarded as the Queen of the Æsir gods and therefore possibly the most important of all the Norse goddesses. She was the only one allowed to sit next to her husband and although he conducted many extra-marital affairs, she always stuck by her partner.

Worshipped as the goddess of the sky, Frigg was associated with wisdom, marriage, family and fertility. She was also blessed with the power of divination, although she never revealed her visions to anyone. Her fiercely protective motherly instincts would play a pivotal role in the tragic death of her son Balder. 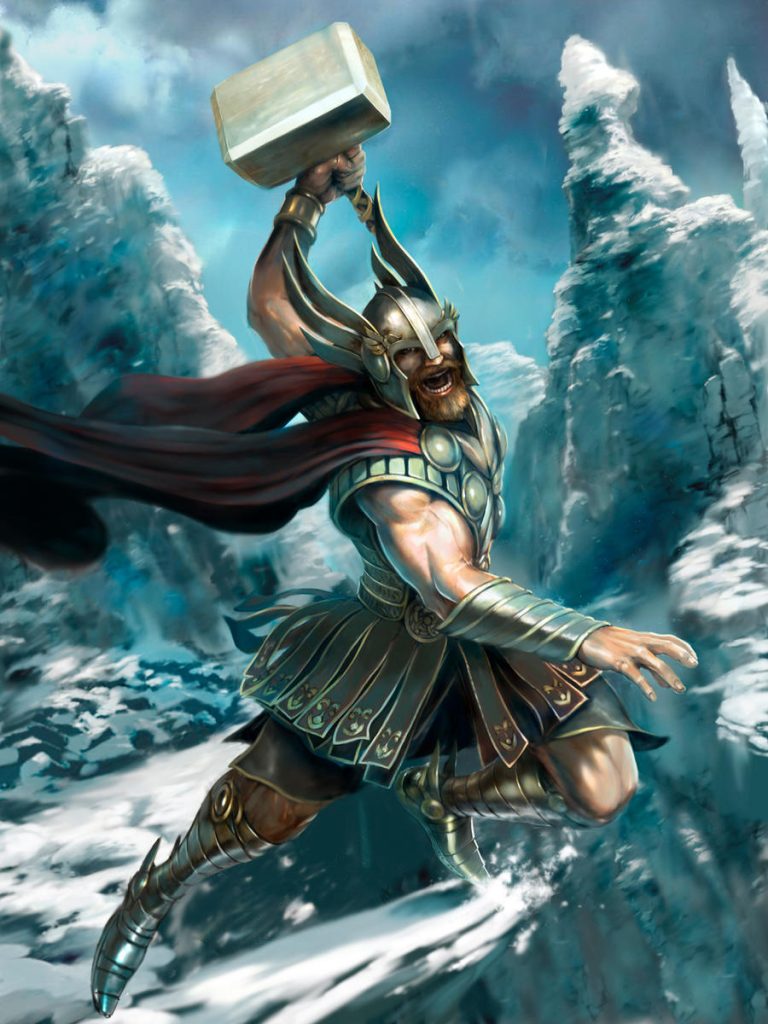 Thanks to the Marvel Universe, Thor is one of the most famous and recognisable Norse gods in today’s world. He was the god of thunder and lightning who wielded the Mjölnir, a devastatingly powerful hammer that could slay giants and smash mountains. He rode a chariot drawn by two massive goats called Tanngniost and Tanngrisnir.

Although he was the son of Odin, he was often regarded as the strongest of all the Norse deities since he was tasked with safeguarding Asgard, the stronghold of the Æsir. He was perhaps the most popular of all the gods and was worshipped by most Vikings. 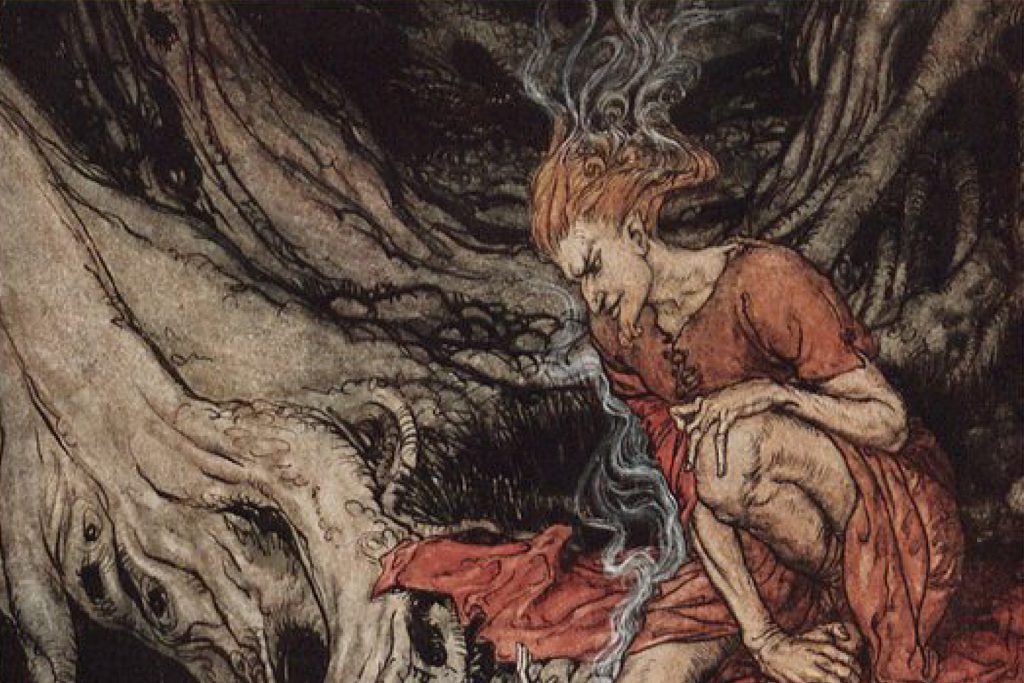 Another god made famous in modern times thanks to his inclusion in the Marvel movies, although in Norse mythology he wasn’t the son of Odin and brother of Thor as the films have made out. Instead, he was considered a ‘blood brother’ of Odin who lived amongst the Æsir.

Loki was known as the trickster god, equipped with the ability to shapeshift into a multitude of different forms. His relationship with the other gods was complex; on some occasions he helped them, on others he hindered them.

Whilst he was depicted as more mischievous than pure evil, he was still capable of causing great harm. He was the chief engineer behind the death of the god Balder, carving an arrow out of his only weakness, mistletoe. 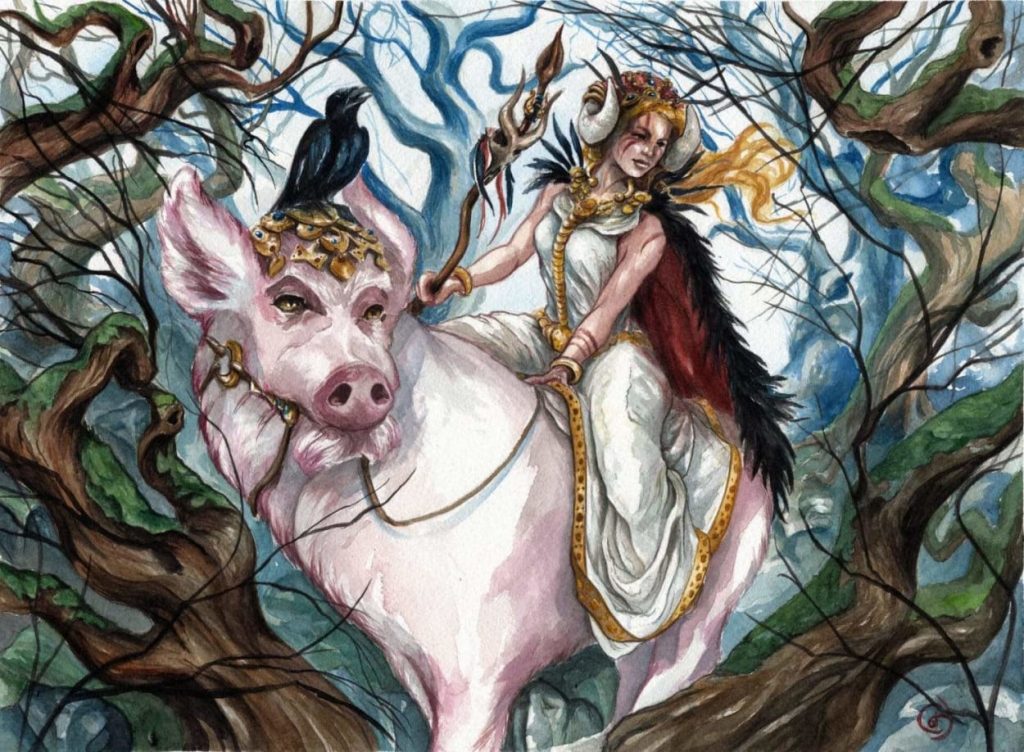 Freya was the goddess of fate, love, beauty, gold, war and fertility. She was a member of the Vanir and ruled over the heavenly meadow of Fólkvangr, where half of all those who died in combat would go, whilst the other half were guided by the Valkyries to Valhalla which was ruled over by Odin.

She owned a torc or necklace known as the Brísingamen, as well as a cloak made of falcon feathers. She rode a chariot drawn by two cats and was often accompanied by a boar called Hildisvíni.

She practised Seidr, a form of magic that gifted her with the ability to control and manipulate the desires and prosperity of others. Her association with fate and destiny made her one of the most powerful Norse goddesses. 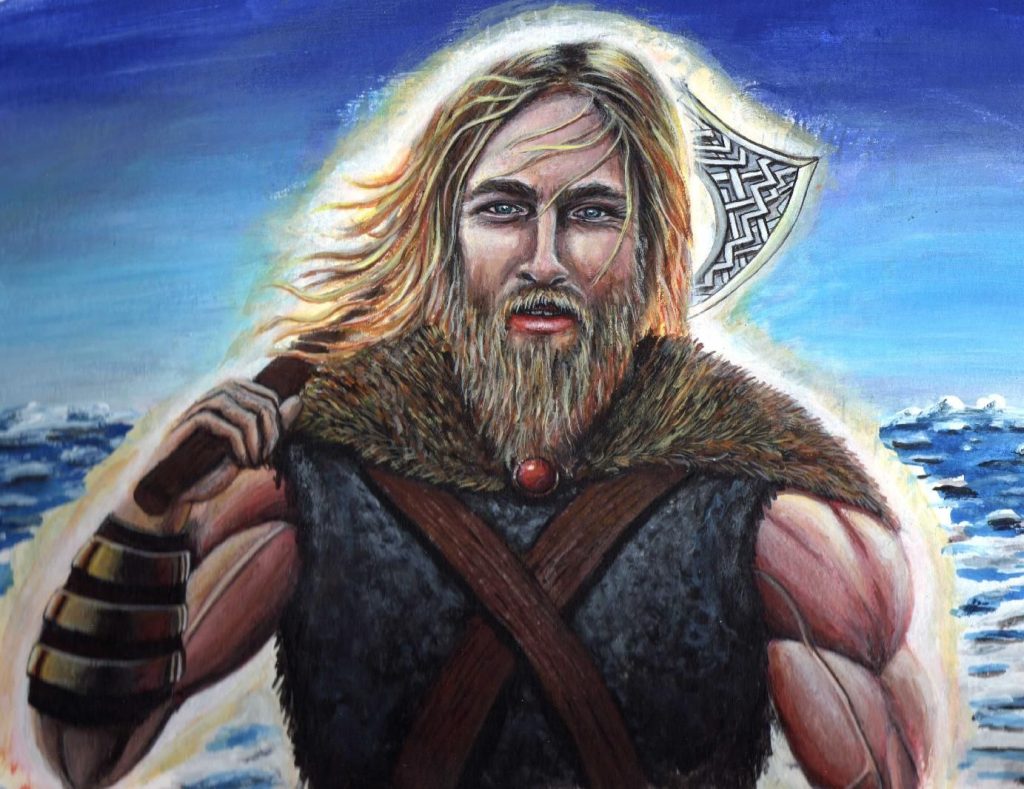 Another son of Odin and half-brother to Thor, Balder was the god of light and purity. He was described as a fair, kind and handsome god, whose beauty was unparalleled. Often praised by others for his mercifulness, Balder was the epitome of all things wise and good.

However, he is most famous for his demise. Although it was believed he was immortal, he had been prophesied to die. To prevent this from happening his mother Frigg visited every entity in the cosmos to secure an oath from them that they wouldn’t harm her son. She neglected to consult the mistletoe believing it too small and harmless to threaten the life of her son.

The mischievous god Loki got wind of this oversight and carved an arrow out of the mistletoe, which would eventually be thrown at Balder by his blind half-brother Höðr out of jest. The arrow pierced Balder’s heart and the ‘best of the gods’ fell dead. 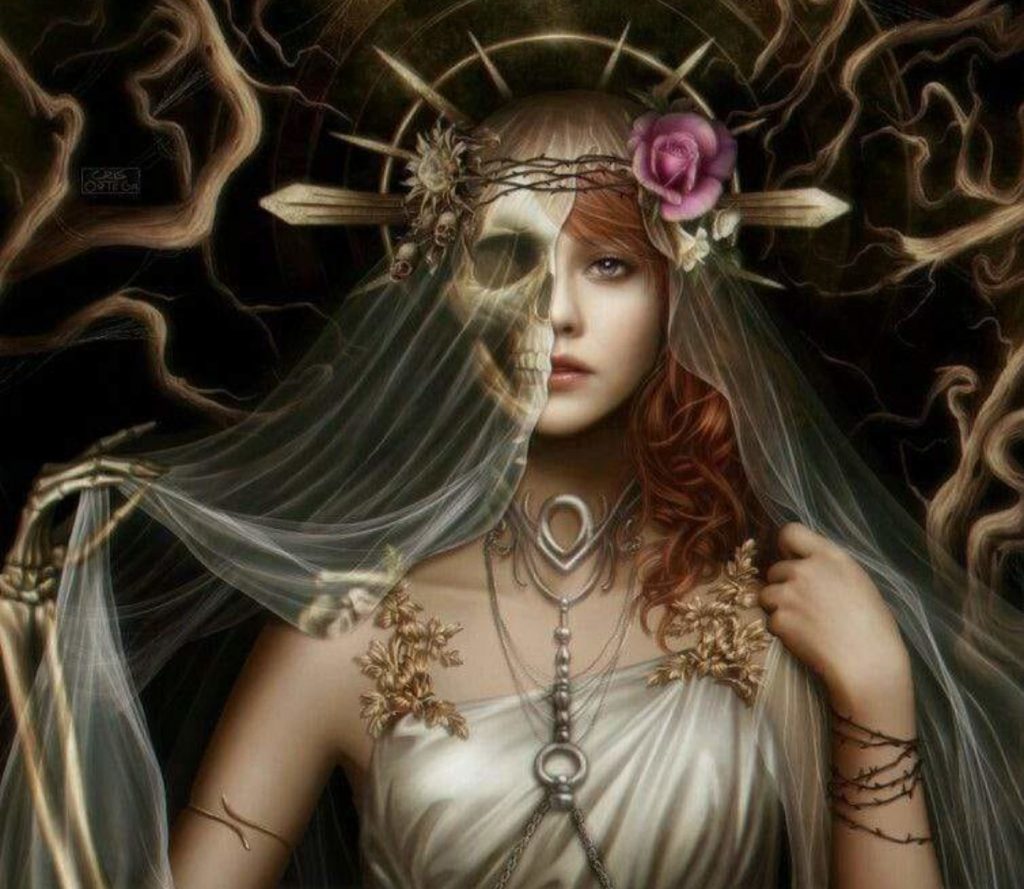 The daughter of Loki, Hel presided over the Norse underworld, a place where all those Vikings who didn’t die in battle went.

Half of her body was flesh and blood, the other half was just bones. Her decaying features befitted a goddess who ruled over the land of the dead, judging and deciding the fate of the souls who entered her realm. It was said that within the underworld she was more powerful than Odin himself, a belief that was reinforced when she held the final say on what happened to Balder’s soul after he was slain.

The richness of the Norse mythology and folklore continues to mesmerise people of all ages and backgrounds. Immersed in the sagas, we let our imagination go wild, as we learn of old worlds and consider new and exciting interpretations.