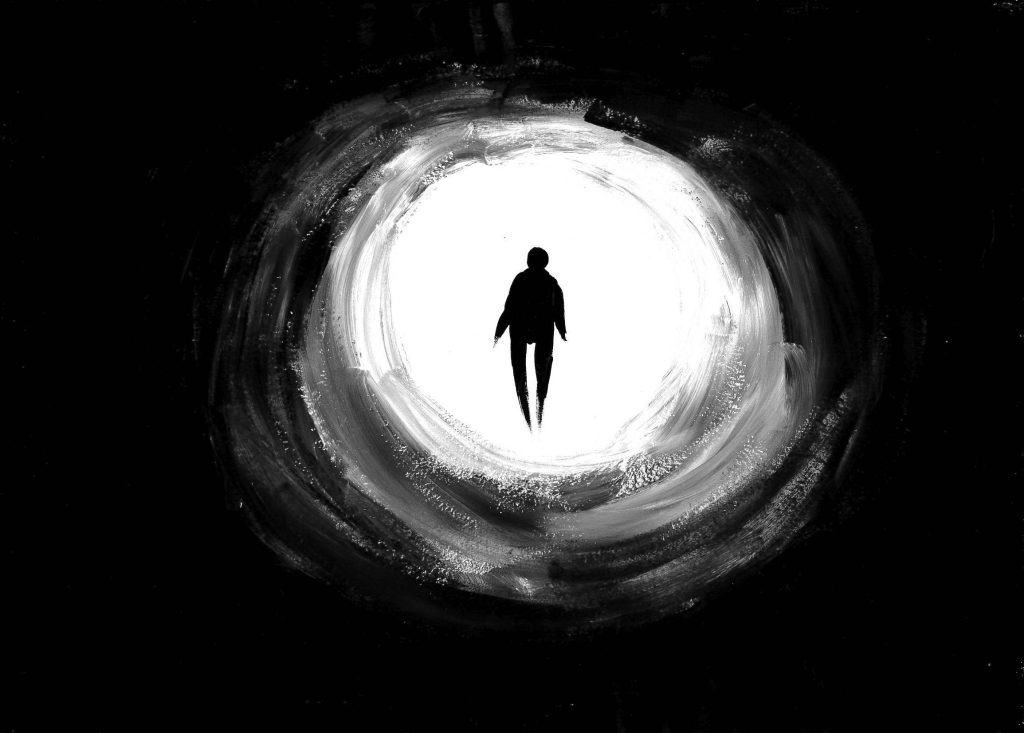 The Most Common Afterlife Theories

With all their diversity of beliefs, the major religions are in accord in one great teaching: Human beings are immortal and their spirit comes from a divine world and may eventually return there. Since the earliest forms of spiritual expression, this is the great promise and hope that religions have offered to their followers. It is the believer’s eternal answer to the cynicism of the materialist who shouts that there is no afterlife, that death is the end.

Anthropologists can only guess whether or not the earliest members of the Homo sapiens species (c. 30,000 b.c.e.) conducted burial rituals of a quality that would qualify them as religious. However, it is known that they buried their dead with care and consideration and included food, weapons, and various personal belongings with the body. Even the Neanderthal species (c. 100,000 b.c.e.) placed food, stone implements, and decorative shells and bones in the graves with the deceased, which they often covered with a red pigment. Since there are no written scriptures describing the purpose of including such funerary objects in the graves (writing was not developed until the fourth millennium b.c.e.), one must presume the placement of weapons, food, and other utilitarian items beside the dead indicates that these prehistoric people believed that death was not the end. The member of the tribe or clan who was no longer among the living still required nourishment, clothing, and protection to journey safely in another kind of existence beyond the grave. Somehow, there was some part of the person that survived death. 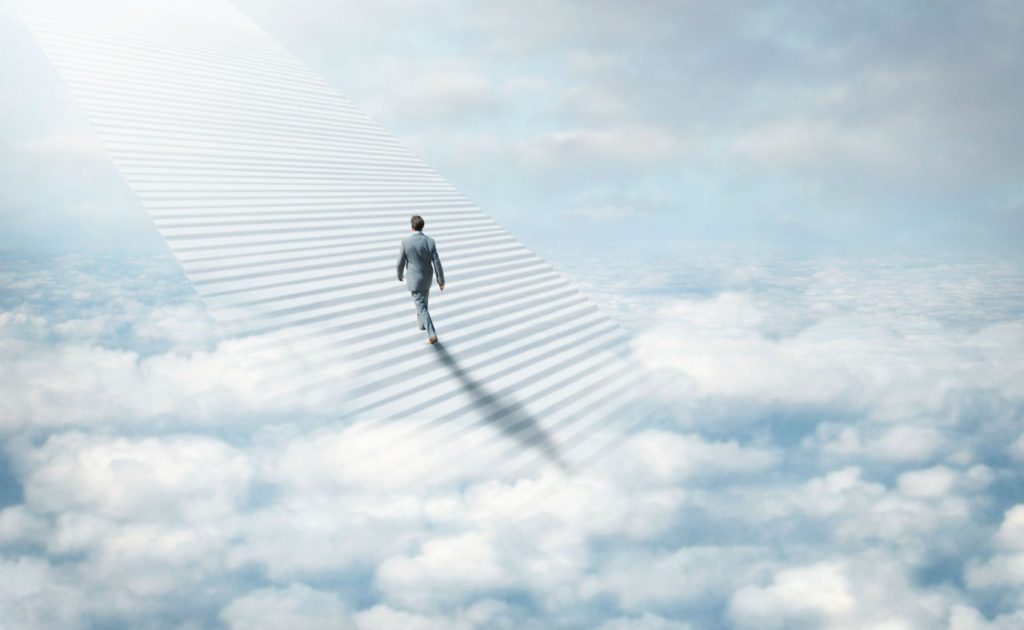 That part of the human being that survives death is known in Christianity, Islam, and Judaism as the soul, the very essence of the individual person that must answer for its earthly deeds, good or bad. Hinduism perceives this spiritual essence as the divine part of a living being, the atman, which is eternal and seeks to be united with the Universal Soul, or the Brahman. Buddhism teaches that an individual is but a transient combination of the five aggregates (skandhas)—matter, sensation, perception, predisposition, and consciousness—and has no permanent soul. Of the major world religions, only Buddhism does not perceive an eternal metaphysical aspect of the human personality in the same way that the others do. However, all the major faiths believe that after the spirit has left the body, it moves on to another existence. Some faiths contend that it ascends to a paradise or descends into a hell. Others believe it may achieve a rebirth into another physical body, or may merge with the Divine in an eternal unity. Traditional Christianity, Islam, and Judaism envision a resurrection of a spiritual body at a time of final judgment, but generally speaking, the soul is of greater value and purpose than the physical body it inhabited while on Earth. The material shell within which humans dwell during their lifetime is nothing other than clay or ashes into which God has breathed the breath of life. The physical body is a temporary possession that a human has, not what a person is.

All the major world religions hold the belief that how a person has conducted himself or herself while living on Earth will greatly influence his or her soul’s ultimate destiny after physical death. In fact, many teachings state that the only reason for birth into the material world is the opportunity to prepare for the soul’s destiny in the immaterial worlds. And what is more, how one meets the challenges of life on Earth, whether or not one chooses to walk a path of good or evil, determines how that soul will be treated after death. All the seeds that one has sown throughout his or her lifetime, good or bad, will be harvested in the afterlife.

When an individual dies, according to many world religions, the soul is judged or evaluated, then sent to what is perceived as an eternal place—heaven or hell. The Hindu or Buddhist expects to encounter Yama, the god of the dead. In the Hindu scriptures, Yama holds dominion over the bright realms and can be influenced in determining a soul’s admission by offerings made for the benefit of the deceased by relatives and friends. In the Buddhist tradition, Yama is the lord of hell who administers punishment according to each individual’s karma, the cause and effect of his or her actions on Earth. In neither religious expression is Yama at all comparable to Satan, who in Christian belief is both the creator of evil and the accuser of human weaknesses. 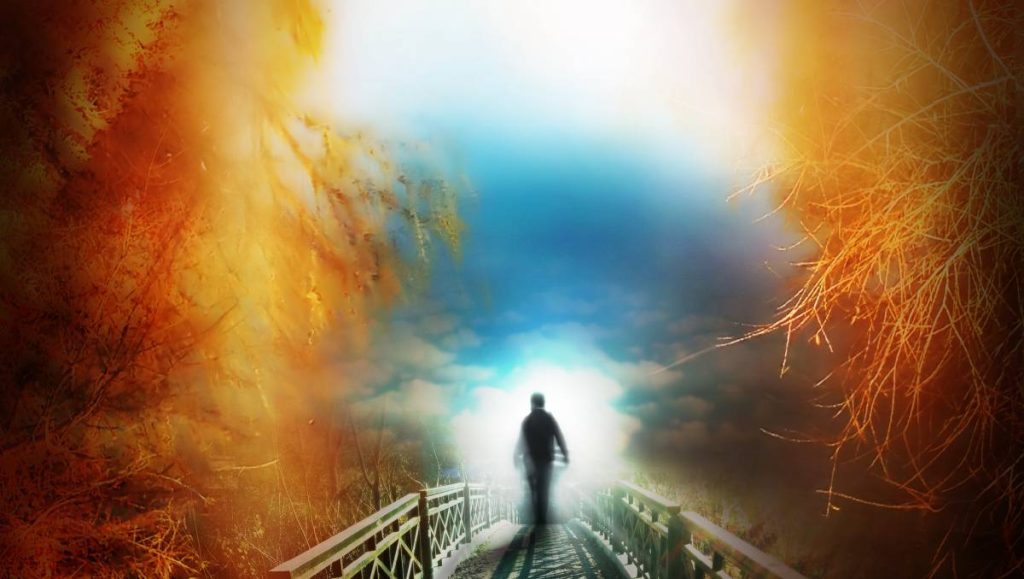 In Christianity, Islam, and Judaism, the soul’s arrival at either heaven or hell is made somewhat confusing by the teachings of a great, final Judgment Day and the Resurrection of the Dead. And when Roman Catholic Christianity added the doctrine of purgatory in the sixteenth century, the matter became all the more complex because now certain souls were given an opportunity to atone for their sins while residing in a kind of interim area between heaven and hell. While many Christians, Jews, and Muslims believe that the dead lie sleeping in their graves until the Last Judgment, others in those same faiths maintain that judgment is pronounced immediately after death. Likewise, the concept of the World to Come in Jewish writings may refer to a present heaven or foretell of a future redemption on Earth.

Regardless of one’s religious background, it is in the presence of death that all humans find themselves face to face with the single greatest mystery of their existence: Does life extend beyond the grave? Whether one believes in a supernatural heavenly kingdom, the inescapable laws of karma, or a state of eternal bliss, death remains a dreadful force beyond one’s control. For untold millions of men and women the ceremonies of religion provide their only assurance that life goes on when the darkness of physical death envelops them.

5 thoughts on “The Most Common Afterlife Theories”